Belarus: Crackdown on BAJ and Belsat must stop 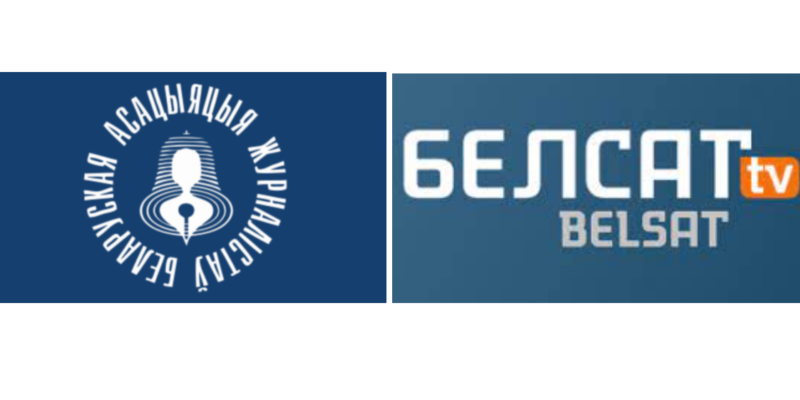 After its liquidation by the Supreme Court in August 2021, the Belarusian Association of Journalists‘ (BAJ) website is now blocked for users in Belarus. The Belarusian authorities further labelled the TV channel Belsat, its social media accounts as well as its subscribers as “extremist”. The European and International Federation of Journalists (EFJ/IFJ) condemn once again the continued crackdown on its affiliate and critical media outlets in Belarus.

As BAJ reported on 4 November, the Ministry of Information of Belarus decided to block the access of Belarusian users to the BAJ website:

“BAJ considers the liquidation of the organisation and the blocking of the site to be absolutely illegal measures. The BAJ website, Baj.by, has been the main source of information and analysis about the Belarusian media sector, the facts of persecution of journalists and the media. BAJ has been monitoring the violation of the rights of our colleagues in Belarus for many years.”

“Now, subscribing to a channel or joining us on social networks can be regarded as participation in an “extremist formation.” Such people can now face penalties of up to 7 years in prison under the Criminal Code,” said Agnieszka Romaszewska-Guzy, director of Belsat TV channel.

In addition, Belsat journalist Irina Slavnikova and her husband Alexander Loiko remain in custody. They have been imprisoned for two weeks for the “publication of extremist materials” via the Belsat channel.

IFJ General Secretary Anthony Bellanger said: ” We stand by our affiliate BAJ, a well respected independent voice for journalists. We remind the Belarusian government of the right to freedom of association and the need for bona fide organisations such as BAJ to be able to operate freely in the country. We urge authorities to allow BAJ’s web site to be accessed by users in Belarus, in the name of freedom of expression. The international community must take the necessary measures to prevent this complete block on free media.”

EFJ General Secretary Ricardo Gutiérrez responded: “These new attacks on critical media outlets and journalists organisations are yet another example of how desperate the Belarusian regime is to repress freedom of speech. Not only are media workers being horrendously suppressed, but also citizens are facing imprisonment – simply for staying informed!”

At least 29 journalists and media workers are currently being held in detention centres and penal colonies, according to BAJ’s monitoring. Between January and September 2021, more than 100 media outlets and political news platforms were taken down by the Ministry of Information.