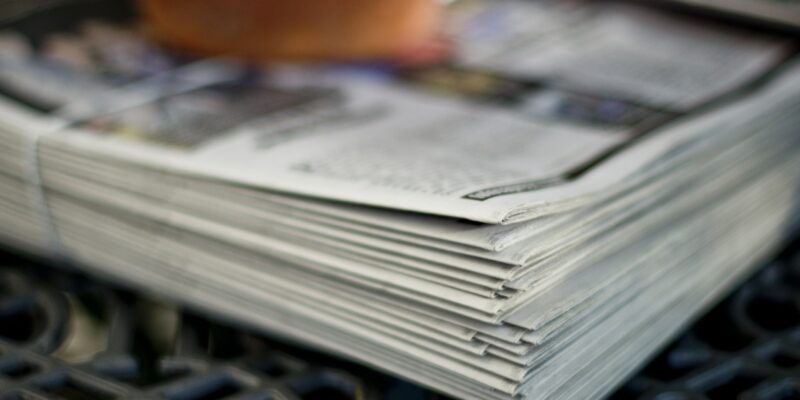 Kyiv Post, Ukraine’s oldest English-language newspaper and largest independent newspaper, has abruptly been shut down, a decision that was announced on 8 November 2021 on the newspaper’s website. The European Federation of Journalists (EFJ) joined its Ukrainian affiliate, the National Union of Journalists of Ukraine (NUJU), in expressing solidarity for the terminated employees and denouncing an attack on independent journalism.

The decision of owner and real-estate businessman Adnan Kivan to close down the Kyiv Post allegedly follows a disagreement between the editorial staff and the owner about future planned changes. Kivan had plans to expand the Kyiv Post and launch a Ukrainian-language outlet under the paper’s brand which would be headed by a hand-picked chief editor. The editorial staff saw it as “an attempt to infringe” the editorial independence.

It is understood that the closure was an “act of vengeance” over the disagreement. About 50 members of staff have been laid off. According to the statement, the employees unsuccessfully tried to convince Kivan to either hand the Kyiv Post trademark to the editorial office or sell the newspaper.

“We asked him to sell the paper or to hand over the Kyiv Post trademark to the newsroom. He did not agree.”

The news of the shutdown came to the journalists after they had turned up to work on 8 November, with no prior warnings. According to Kivan’s statement, the newspaper will relaunch later on with an entirely new team, what the just-dismissed staff calls an attempt to get rid of “inconvenient journalists.”

Kivan gave no reason as to why the Kyiv Post was suddenly closed but said on the statement published on the website that “one day, we hope to reopen the newspaper bigger and better”. Ukrainian President Volodymyr Zelenskiy‘s spokesman, Serhiy Nykyforov, has denied the accusations that pressure had been put on Kivan over the Kyiv Post’s often critical coverage of political matters.

“Media owners are not obliged to constantly subsidise their media. If the media has a reputation but does not generate income, the owners have the right to sell the media business. But it is their duty, guaranteed by law, not to interfere in editorial policy and not to prevent journalists from working according to professional standards. In the current conflict, the best solution is to sell the publication or hand over the trademark to the editorial office. We express solidarity with our colleagues.”

“It is absolutely outrageous to close a newspaper like this without prior warning, which is totally disrespectful to the professional journalists and media workers that made the newspaper what it is today. We support the Kyiv Post staff in their fight for editorial independence and deplore a blow to media pluralism in Ukraine,” added EFJ President Mogens Blicher Bjerregard.