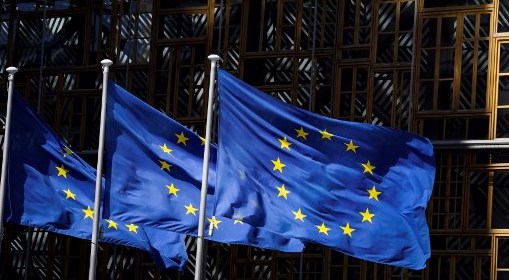 The European Federation of Journalists and its Freelance Expert Group has welcomed the European Commission’s initiative to address obstacles to collective bargaining on behalf of self-employed workers arising from competition law. The draft Guidelines aim to ensure that competition law does not stand in the way of collective agreements to improve the working conditions of certain self-employed persons, who may have little influence over their working conditions.

The EFJ and many journalists’ organisations in Europe have responded to the first consultation on the draft guidelines released on 9 December 2021, based on the situation and experience freelancers and their representative bodies face throughout the European Union.

The EFJ welcomes the guidelines as a first and very important step to allow collective bargaining for solo self-employed, something the EFJ and its affiliates have fought for many years. Competition law must not infringe the right to collective bargaining and must be limited to anti-competitive practices alone. The guidelines are helpful as they help to determine when collective agreements are possible without infringing upon article 101 of the TFEU by giving concrete examples. They also acknowledge the fact that certain workers, who are called self-employed, are in reality fake self-employed due to their economic dependency. The guidelines are a step forward to improving working conditions and show the dedication of EU policy on the social side, taking into account the Pillar of Social Rights (notably article 8 which ensures the right to collective bargaining).

In particular, we welcome that according to these draft guidelines the Commission will not intervene against collective agreements concluded by self-employed in pursuance of the EU Copyright directive. We welcome the definition of solo self-employed as those who rely primarily on their personal labour. A good way forward is also the assessment that collective bargaining is a way to improve working conditions, in particular for platform workers but also freelancers and self-employed, an unprecedented growing number of workers in the media. The imbalance of bargaining power that is also recognised in the guidelines is a principle that needs to be rectified.

EFJ President Mogens Blicher Bjerregard said: “The proposal for new guidelines that will allow collective agreements for freelancers and that they can be represented by their organisations in negotiations is a landmark for our members. It will replace unfair barriers for freelancers with a much more balanced negotiation situation when concluding contracts, and furthermore, it will also be a better security against unfair outsourcing of journalistic jobs.”

However, the EFJ would have preferred more binding measures to guarantee collective bargaining on behalf of freelancers and solo self-employed. Several clauses need to be improved including the issue of the threshold of 50% defined in part 3 article 25, which is too high and unrealistic. In order to make the application of the guidelines possible, this threshold should be diminished.

You will find in the document below, which was sent to the European Commission, further remarks and concerns.