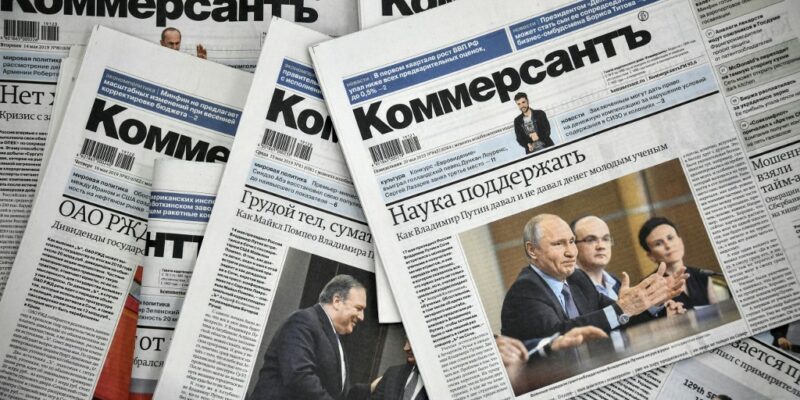 On 26 February, the Russian media regulator Roskomnadzor (RKN) announced the opening of an administrative investigation against a number of Russian media outlets for allegedly “spreading false information of public interest”. The European Federation of Journalists (EFJ) joins the Russian Journalists’ and Media Workers’ Union (JMWU) in denouncing a new step in state censorship: RKN not only dictates to journalists what sources they can quote (only official Russian sources), but also what words they can use.

RKN criticises the targeted media for publishing “information about the shelling of Ukrainian cities and the death of civilians in Ukraine as a result of the actions of the Russian army”. RKN also criticised the journalists for using the terms “attack”, “invasion” or “war” to describe Russia’s armed aggression in Ukraine.

Among the media threatened with reprisals is the professional publication “Zhurnalist” for publishing a speech by Novaya Gazeta editor-in-chief and Nobel Peace Prize winner Dmitry Muratov, in which he calls the war a war (watch his video message below).

Unlike the Russian Union of Journalists (RUJ), which justified the regulator’s instruction to consider only the Russian Ministry of Defence as “a reliable source”, JMWU denounced the state censorship in Russia and “this Orwellian atmosphere of a Ministry of Truth”.

In addition, on Friday, Russian journalist Elena Chernenko, who is the head of Foreign desk at the “Kommersant” daily newspaper in Moscow, was excluded from the pool of journalists accredited to the Russian Foreign Ministry. The reason for this was her initiative to publish an open letter opposing the war, signed by more than 200 Russian journalists. The ministry excluded her on the grounds of so-called “unprofessionalism”.

“It is absolutely horrible that Russian journalists cannot work freely,’ said the EFJ President Mogens Blicher Bjerregård. “It clearly shows that truth is the first victim of a war. This is totally contrary to all the commitments signed in the Council of Europe. It is against all international agreements to support free and independent journalism.”