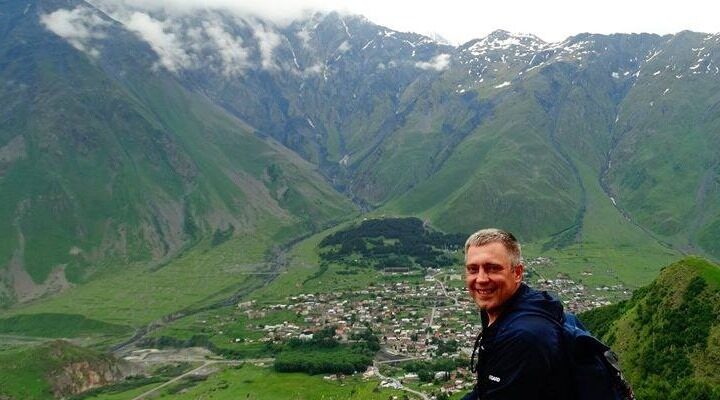 Ukrainian local journalist Oleg Baturin disappeared in Kakhovka, a city in Kherson region (Ukraine), on Saturday evening. The European Federation of Journalists (EFJ) joins its two Ukrainian affiliates, NUJU and IMTUU, in calling on the authorities to investigate this disturbing disappearance in a region where journalists live in terror of Russian reprisals. We call on any witnesses to contact journalists’ organisations.

On Saturday 12 March, at about 4 pm, an acquaintance called Oleg Baturin, who is a journalist for “Novy Den” newspaper, and proposed to meet him near the bus station, which is located near the journalist’s house, in Kakhova. The journalist went to the meeting, leaving his phone and documents at home. He promised to return in 20 minutes, but did not return.

According to local reports, at about 4:50 pm, Russian soldiers were spotted near Kakhova bus station. The neighbouring town of Nova Kakhovka is occupied by Russians forces who are attempting to install a Russian-controlled military-civilian administration there.

“On the evening of the first day of the war, 24 February, I spoke with Oleg Baturin, who is a member of our union,” said Sergiy Tomilenko, president of NUJU. “He had told me about the incursions of Russian troops into the Kherson region, where journalists are currently living in a climate of terror. Despite the obvious danger, Oleg had continued to carry out his work. He stressed the importance of journalistic work in times of war. We call on the authorities to do everything possible to find him.”

“We urge all international partners and human rights organisations to demand the immediate release of Oleg Baturin,” added Serhiy Shturkhetskyy, IMTUU chairman. “We strongly condemn any persecutions of journalists by Russian military forces!”

“Attacks on foreign correspondents and Ukrainian journalists are increasing,” said EFJ General Secretary Ricardo Gutiérrez. “We condemn these war crimes and we call on the military, as in any armed conflict, not to prevent journalists from doing their job. The truth cannot be a victim of war. Journalists are civilians. Deliberately targeting them is a war crime”.