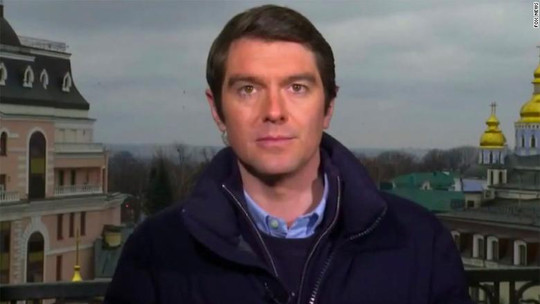 Fox News reporter Benjamin Hall was attacked and seriously injured on 14 March while reporting on the outskirts of Kyiv. The International and European Federations of Journalists (IFJ and EFJ) condemn the systematic targeting of media workers reporting on the front lines in Ukraine and urge the international community to investigate these attacks.

Anton Gerashchenko, an adviser to Ukraine’s interior minister, said the news crew probably “came under mortar or artillery fire” from Russian forces as they were heading towards the city of Irpin, which sits just 20km north-west of Kyiv.

He also confirmed on Telegram that Hall was in a serious condition and said the authorities still don’t know the fate of a Fox News cameraman and a producer, who was also injured in the attack.

Hall is a Washington correspondent covering the US State Department for Fox News, where he has worked since 2015. He was deployed in recent weeks to cover the war in Ukraine.

Fox News CEO Suzanne Scott said in a note to employees, “Earlier today, our correspondent Benjamin Hall was injured while gathering news on the outskirts of Kyiv in Ukraine. We have a minimal level of details right now, but Ben is hospitalized and our teams on the ground are working to gather additional information as the situation quickly unfolds,” she added.

News of the attack on Hall came just a day after another US journalist, Brent Renaud, was shot dead in Ukraine.  Two other journalists were injured in the same attack and taken to hospital for treatment.

Earlier this month, the UK Sky News crew, as well as a Swiss independent journalist, were also attacked by Russian forces in Ukraine.

“This war is being incredibly tough to cover for media workers on the front line, who are suffering targeted attacks daily. Journalists must be able to report safely to inform the world about this war. We call on all parties of the conflict to stop attacking journalists on the ground and we urge the international community to investigate these attacks which are breaches of international humanitarian law and constitute war crimes.”