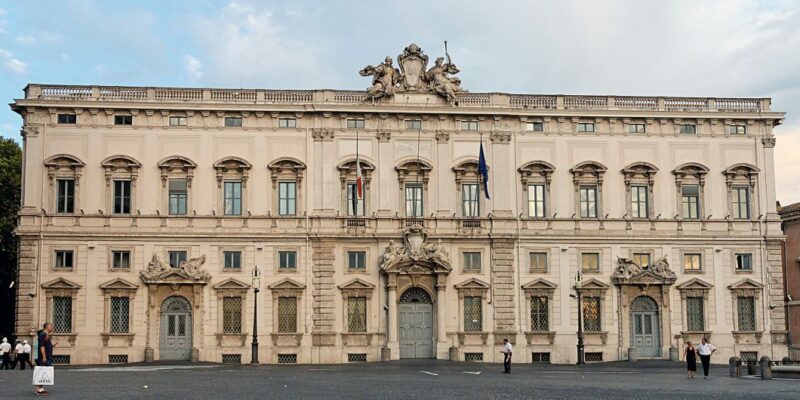 
From 4 to 6 April, the European Federation of Journalists (EFJ) will join partner organisations of the Media Freedom Rapid Response (MFRR) in Italy for a fact-finding mission focused on two main topics: safety of journalists and state protection measures on one side, and SLAPPs against journalists and the need for comprehensive legislative reforms of the framework of defamation and media freedom on the other.

In collaboration with local partners, including the Italian National Federation of Journalists (FNSI), the journalists’ association Articolo 21 and the Chamber of Journalists, the MFRR delegation will address these issues from different perspectives and with a variety of stakeholders.

The Italian media freedom landscape is full of contrasts and contradictions, and the mission will explore lights and shadows of the situation of media freedom in the country.

As documented on Mapping Media Freedom, the safety of journalists is at risk more than ever across the EU member states and candidate countries. At the same time, the Italian State coordination system that monitors intimidation against journalists and decides on their protection measures is one of the good practices highlighted in the European Commission’s Recommendation on the Safety of Journalists. During the mission, the MFRR delegation will meet Ministry of the Interior officials engaged in analysing threats and protecting journalists. An official hearing is also scheduled at the Parliamentary Inquiry Anti-Mafia Commission to exchange views with Members of Parliament of the Subcommittee on Mafia, journalists and media. The delegation will also meet with journalists under threat in Campania, a region with a worryingly high number of reporters under police protection. This visit also serves the purpose of showing solidarity with a neglected area in Italy, where media, institutions and citizens are under pressure from organised crime and where local journalism is a bulwark of resistance and civil engagement.

The mission will also follow up on the two Constitutional Court decisions concerning the abolition of prison sentences for convictions of defamation through the press: both in 2020 and 2021, the Court invited the Parliament to legislate and find a balance between freedom of expression and the right to defend one’s reputation. This invitation has, however, not been actioned yet by Parliament. By meeting the judge rapporteur who wrote the decisions and Members of Parliament, the MFRR delegation will investigate why this is the case and what steps are planned towards realising such reform.

Strategic Lawsuits Against Public Participation (SLAPPs) will be the focus of a closed event hosted by the FNSI with journalists, lawyers, members of the union and journalists’ associations. With these stakeholders, the MFRR will discuss the impact of abusive lawsuits on the everyday activity of a reporter in Italy and upcoming legislative and policy measures that are being designed by the European Commission to tackle the problem.

Lastly, media capture will feature centrally in a discussion hosted by the Chamber of Journalists, where the MFRR delegates will hear critical cases related to low wages and other problematic labour conditions faced by journalists, and media capture. This meeting will also represent an opportunity to showcase initiatives that support freelance journalists and video reporters.