Russia: first step towards the liquidation of the journalists’ union 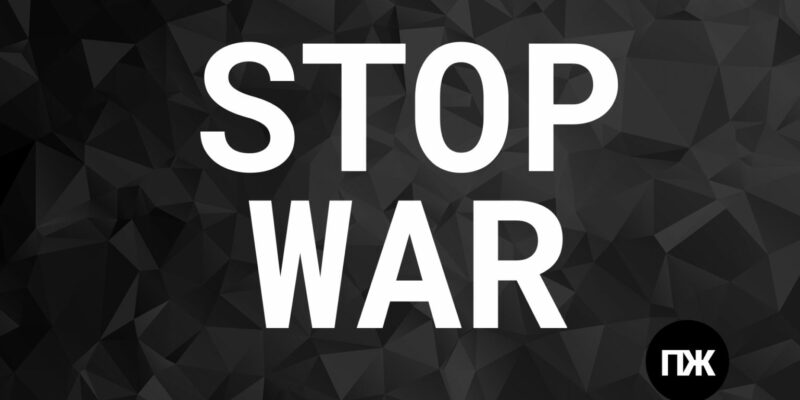 This morning, August 3, 2022, the Tagansky District Court of Moscow found the Journalists and Media Workers’ Union (JMWU), an EFJ affiliate in Russia, guilty of allegedly “discrediting the Russian armed forces” (Code of administrative offenses of the Russian Federation). JMWU was ordered to pay the maximum fine of 500,000 rubles (8,000 euros). The European Federation of Journalists (EFJ) denounces this illegitimate trial, which only aims to facilitate the dissolution of the union, during a hearing scheduled for September 14.

According to the indictment, JMWU was held responsible for the “spreading of ideas related to a negative attitude towards the special military operation carried out by the Russian Federation in Ukraine”.

Specifically, the prosecution accuses JMWU of having issued a statement “Stop the war in Ukraine” on February 26 (see below), and of having co-signed the Perugia Declaration for Ukraine, a text which was also co-signed by the EFJ and many journalists’ unions and associations in Europe.

As JMWU lawyer Maxim Krupsky points out, the union is therefore being sanctioned for exercising its constitutional right to freedom of expression. Article 29 of the Russian Constitution guarantees freedom of thought and expression and prohibits censorship.

“In its decision today, comments Maxim Krupsky, the court therefore canceled this constitutional provision. At the same time, the court did not specify which Russian law prohibits the dissemination of a negative opinion about the armed forces forces and the special military operation, nor does it say where in the current legislation there is a requirement for citizens and organizations to have an exclusively positive opinion about the Russian armed forces and the special military operation”.

“It is very clear that this abusive procedure aims to discredit the independent union of Russian journalists in order to facilitate, in a second stage, its dissolution,” reacted the President of the EFJ, Maja Sever. “We strongly denounce this procedure and the repression of journalists by the Russian regime.”

“The decision to impose this fine on us is indeed nothing more than an attempt to give the appearance of legality and legitimacy to the liquidation process of our union,” confirmed Andrei Jvirblis, secretary of JMWU. “It is the usual logic in totalitarian countries: we condemned them, therefore they are guilty and they represent a danger for society and the State, which justifies their forced dissolution”.

The EFJ, which has appealed to the European Trade Union Confederation (ETUC), considers that the imposition of administrative liability on the union is illegal and unjustified, and that the prosecution’s position is unconstitutional. The EFJ fully supports JMWU which has decided to appeal against this shameful judgement.

We, Russian journalists and media workers, are deeply shocked and saddened by the fact that the authorities of our country have started a war against Ukraine. This treacherous step may lead to the deaths of many citizens of both countries and to enormous destruction. For the majority, war means rising prices, a crashing economy, and impoverishment in conditions of international isolation.

Our colleagues from various countries are reporting on what is currently happening in the conflict zone. They are risking their own health and their lives right now, doing this work that is so important for society. We demand that the safety of all journalists working in the region be guaranteed.

Amidst the news about Russia’s military operations, Roskomnadzor reminded media organizations of their potential criminal liability for “knowingly spreading false information,” insisting on the “duty” of Russian media to publish information only from official—ie, government—sources.

We, in turn, want to remind the government that the professional duty of all journalists is to reveal the truth to the public, and not to peddle in propaganda. Journalists must have the right to describe significant events honestly and from all sides in the interests of the citizenry, and not of the politicians, particularly in times of war. We urge our colleagues to be careful and attentive, to carefully check all in-coming information.

This war cannot be justified. We will have to deal with its consequences for many years, if not many decades.

We demand the swift removal of the Russian army and cessation of the military operation in Ukraine!