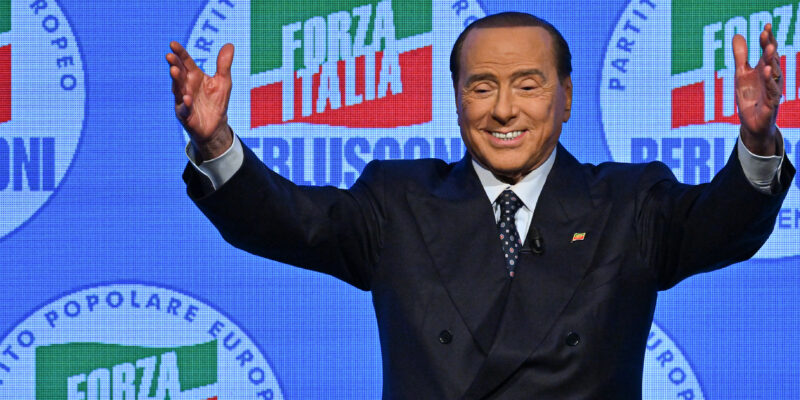 The European Federation of Journalists (EFJ) supports the German Journalists’ Association (DJV) in opposing a dominant share at the German commercial broadcaster ProsiebenSat.1 by the Italian media group Media for Europe (MFE), owned* by Berlusconi.

The reason for concern is the increase in potential voting interest in Germany’s second-largest privately owned television company by an Italian broadcaster, which is controlled by the family of former Italian Prime Minister and media tycoon Silvio Berlusconi. According to the Italian broadcaster MFE, it has secured an additional stake of up to 4% in ProSiebenSat.1 via financial instruments, which would increase its share of voting rights to 29.9%. This is just below the threshold of 30% which would make a takeover offer to the remaining shareholders due.

Those responsible for media law are called upon to limit the share of Berlusconi’s company MFE in ProSiebenSat.1 to less than 25 percent, demands the DJV in a motion by the 200 DJV-delegates from all over Germany. Furthermore, Berlusconi’s influence on journalistic content and the editorial independence of the associated media offerings need to be suppressed for reasons of state neutrality. The motion was passed during the DJV’s Association Congress in Lübeck on 7 November 2022.

“State neutrality is an important imperative that must continue to apply”, says DJV chairman Frank Überall.

He points out that right-wing politician Berlusconi has repeatedly misused his Italian television group as a political instrument of his own interests in the past.

MFE did not publish the financial details, but according to Reuters’ calculations based on Refinitiv data this stake of 4% “is worth around 66 million euros at current market prices”, making it important to prevent media influence from being bought in Germany. The EFJ shares its affiliate’s concerns and highlights that “any influence on journalistic content must be prohibited.”

This is exactly what we demand in the European Commission proposal for a European Media Freedom Act: Guarantees for editorial freedom and of any actual or potential conflict of interest by any party having a stake in media service providers”, said EFJ Director Renate Schroeder. In addition full trapsarency of media ownership and rules ‘which ensure an assessment of media market concentrations that could have a significant impact on media pluralism and editorial independence’.

* MFE’s largest shareholder is “Fininvest”, which was founded by Silvio Berlusconi and is still owned by the Berlusconi family.