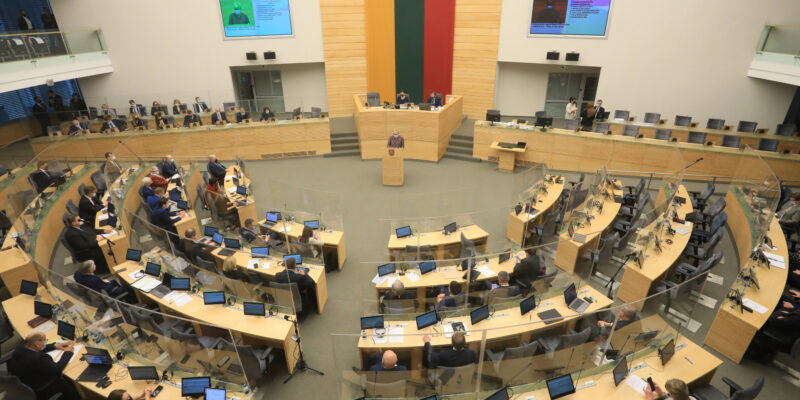 The European Federation of Journalists (EFJ) supports the work of the Lithuanian Journalists’ Union (LŽS) and media organisations active in the country to maintain the media self-regulation system in place, against the will of the Culture Committee of Parliament of Republic of Lithuania and to reshuffle it in favour of more space for public broadcaster.

In an attempt to restrict self-regulation mechanisms, the Cultural Committee, in unison with the public broadcaster LRT (the largest media group in Lithuania), had put forward the Public Information Amendments, a proposal to reorganise the internal structure of the self-regulation systems in place in the country. The proposal, if approved, would put an end to the Public Information Ethics Commission (VIEK) restructuring model from 1 May 2023 onwards, and would open greater opportunities for the government influence and less opportunities for democratic principles.

The amendments would mean that the self-regulation systems, effective in the country since 1996 (and part of the media law) would no longer include representatives of many of the media organisations. Considering that a part of the media world of Lithuania would not be able to take part in the self-regulation of journalists’ ethics, it would be a backward step for media freedom in the country. Moreover, no explanation has been given as to why a majority of representatives would leave, and why the existing system have to be changed.

If passed, four to five out of the nine bodies represented at the moment could be replaced, and the focus would shift from an equal balance of media outlets to more voices given to public broadcasters, generally more inclined to agree with the ruling party.

Last week, over 100 media outlets, associations representing the media, unions and journalists asked Parliament of the Republic of Lithuania, the Seimas, to reconsider the proposal.The umbrella organisation Public Information Ethics Association (VIEA) agreed on the dissolution of the organisation if the self-regulation systems were not respected and some players excluded.

Once again, this case is representative of the pressure the State and political actors can put on the media and the freedom of speech of a country. The risk of the situation turning into a conflict between public and independent media has to be taken seriously. Lithuania, which currently is the ninth position in the World Press Freedom Index, could drastically drop in the ranking.