German Government to Propose Law to Limit the Right to Strike 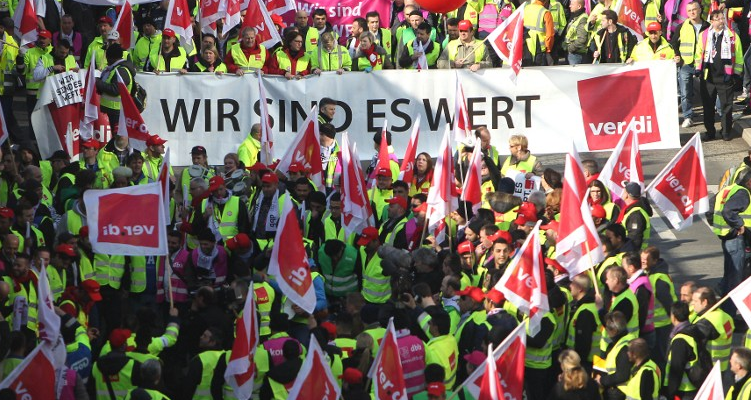 
Every worker is entitled to the right to strike which is guaranteed by the EU Charter on Fundamental Rights and the constitutions in many EU countries. However, Germany will challenge this right by proposing a new law to limit the right to strike. According to the proposal, only the union with the most members in a company should have the right to negotiate with the employers and carry out strike actions. This would mean that larger unions will have a monopoly of power, making the smaller unions practically superfluous.

The EFJ affiliates in Germany, DJV and dju.in Verdi, are joining forces to oppose such a proposal. Michael Konken, Chairman of the Journalists’ Union of German (DJV) said, ‘‘Workers must be free to choose whichever union to represent them. The proposed law will violate the constitution of Germany which guarantees the right to strike for every worker.’’

The draft law is expected to be published at the end of this year.