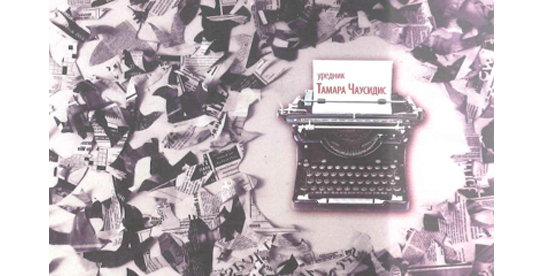 
“In Macedonia, only 1 % of journalists consider their jobs to be absolutely secure while 77 % believe that they are under constant risk of being fired. Raising the issue and the consequences of the insecure or precarious work in the media industry is more than necessary”, shows a new survey published today (24/11/2014) in Skopje by the SSNM (Independent Union of Journalists and Media Workers, an EFJ affiliate).


The study based on 104 in-depth interviews with local journalists has been presented by SSNM President Tamara Chausidis during a conference on “Precarious Work in the Media Industry” attended by SSNM members, Jasmina Popovic (Vice-President of the International Federation of Journalists), Mehmet Koksal (Project Officer of the European Federation of Journalists), Julia Hoffmann from the German Network for Reporting on Eastern Europe (n-ost), members of the Solidarity movement. The conference is financially supported of the Rosa Luxemburg Stiftung (Southeast Europe).

Why is the issue of “precarious work” now relevent for the media industry in Macedonia (FYROM) ?
The latest legislative changes in the health and pension insurrance adopted last 26 July by the Macedonian legislators are putting in place a new mandantory fiscal system of + 35 % taxes for all workers and this will have an enormous social impact starting from January especially on honoria or freelance employees. Given the current situation in the country with more than two third of Macedonian journalists declaring that they are working under precarious working conditions, we are afraid that the new changes will negatively affect the most vulnerable groups in the media industry. We are afraid that the new fiscal changes of +35 % will deduced from the current gross salary amounts because media owners will refuse to raise the gross salaries of the working forces.

Why do you complain as trade union organization if those taxes will be used to create social security ?
Because the new taxes are only targetting staff and honoraria workers and will not applicable to other “protected” categories like politicians, judges or sportmen. All citizens in Macedonia are not equal in front of the fiscal administration, the new system will somehow legalize precarious work, attack the already fragile media workers and promote “flexploitation” (flexible exploitation) of the working forces in the media industry.

What is your goal by organising this kind of conference ?
We want to raise awareness among the journalists and media workers concerning their working conditions. Our survey shows that the differing status and salaries between journalists affect mainly those who are hired as freelancers. Financial instability for a journalist is a major concern. How can you do you work professionnaly when you don’t know if you will be employed the next day ? Macedonian media outlets are also facing unfair market competition between on the hand the “protected media” or financially supported media which are generally friendly to the government and on the other hand the “oppressed media” opposition, critical or independent news outlets trying to survive in this hostile environment. More than half (51,9 %) of the respondents in our survey are pessimistic when it comes to the benefits of the new legal changes which oblige the employers to pay benefits for the freelancers they hire as well. They believe that this measure would only result in a decrease in the amont of fees and the number of fixed-term contracts, making potentially 100 % of the media sector precarious.