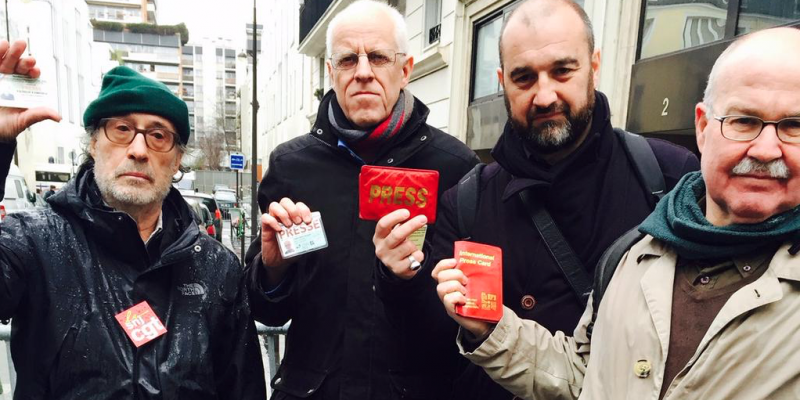 
Wednesday, 7 January 2015 is the darkest day in journalism in Europe. The brutal attack on the satirical magazine Charlie Hebdo in Paris was also an attack on all of us. Our thoughts are with the victims, their families, friends and colleagues. It is hard to believe that such a horror could happen in Europe.

The attack confirms that we must continue to safeguard and defend freedom of expression and press freedom as the fundamental pillars of our democracy. This was a direct attack on our freedom and the fundamental values that we hold dearly in our societies.

The attack has raised many questions among journalists about the limits of free speech and safety. Should media organisations and journalists risk their lives for their works? Should there be self-censorship among the profession? The answer seems easy but it is not. We cannot deny the fact that such an attack on journalists and media will have a great impact on our work. While we are standing together to defend press freedom, others are concerning the safety of journalists.

The attack also shows the importance of independent editorial freedom. The media have the right to decide whether or not to re-publish Charlie Hebdo’s cartoons. Although some may accuse the media of self-censorship for not publishing the cartoons, it is up to the journalists and editors to make such an ethical decision. In my view, it is important to maintain editorial freedom and use our creativity to tell the story.

During the “freedom march” on Sunday 11 January, we were surprised to see high-level officials from both Turkey and Russia where journalists are seen as enemies of the state and put behind bars. Among those world leaders who participated in the march on Sunday, they should learn the lesson from this tragic event and re-think their policy on anti-terrorism. Civil society and international institutions like the UNESCO, Council of Europe and the European Union should pressure these world leaders to safeguard press freedom in their own countries.

This is an op-ed article written by the EFJ President, Mogens Blicher Bjerregård who is also the President of the Danish Journalists’ Union.