Kati Piri: “The biggest threats on journalism come from those in power” 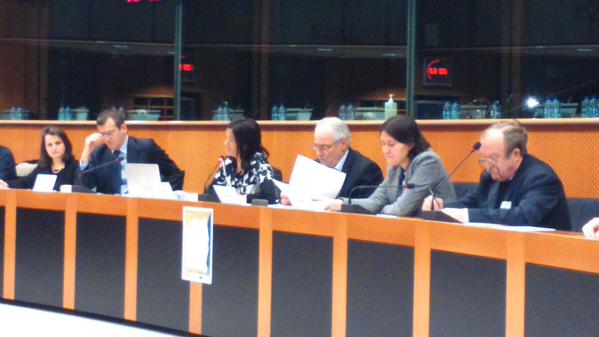 
The European Federation of Journalists attended the conference “Je suis Charlie-Media Freedom in the EU and South Eastern Europe” at the European Parliament. Hosted by Ulrike LUNACEK, Vice-President of the European Parliament, Green Party, in cooperation with the Italian based Osservatorio Balcani e Caucaso (OBC) the meeting discussed threats on media freedom, in particular within the context of the project “safety net for European journalists presented by OBC.

Tanja FAJON, Member of the European Parliament, warned about excessive security measures taken by European governments after the Charlie Hebdo’s attack. “In this moment, the government’s responsibility is to strengthen solidarity and preserve media freedom, which is a fundamental EU right Journalists should report without fear of being arrested.”

Luisa CHIODI, Scientific director of OBC, reminded that “solidarity comes before professionalism. (…) To identify stress situation, to give financial and legal support, in order to allow more transparency on political decision-making processes, we [the Osservatorio Balcani e Caucaso with the support of the European Commission] created the Safety Net for Journalists. The report identifies needs and problems experienced by journalists in 11 South-East European countries, including Italy and Turkey.”  See report

For Kati PIRI, Member of the European Parliament, S&D Group, “the biggest threats journalists are facing don’t come from religious extremists but from those who are in power. In Turkey, for example, government banned Twitter and YouTube “.  She referred to a recent resolution on freedom of expression in Turkey: Recent arrests of journalists, media executives and systematic pressure against media.

Former journalist Ivo VAJGL, Member of the European Parliament, regrets the days where “journalism was better. Today, most mainstream media are just propaganda. However, people want to have authentic reports, not just a mixture of pictures, data and ready-made formulas. Last years, 50% of journalists killed were Muslims.”

EFJ Director Renate Schroeder said in the discussion that “attacks against journalists include attacks against union leaders. Several journalists lost their jobs for doing trade union work, so needed to strengthen solidarity among journalists and to regulate employment conditions among ever more precarious working conditions.”