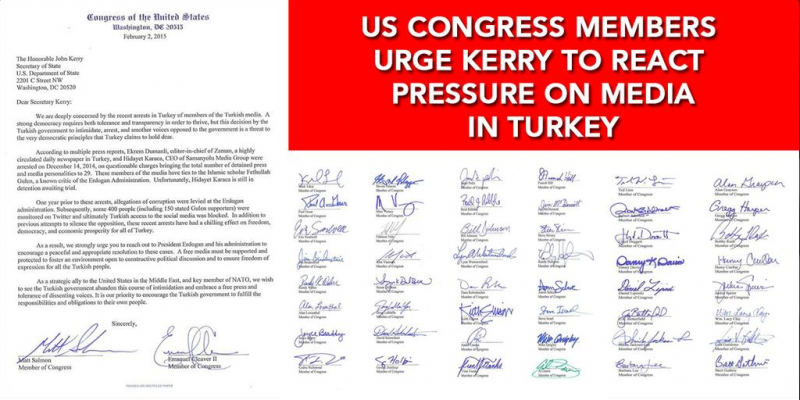 
A number of members of the US Congress have signed a joint letter urging the Secretary of State John Kerry to press the Turkish government to stop intimidating journalists and media in the country.

In a letter to Kerry (Signatures and Letter), 89 members of Congress said that the Turkish government poses a threat to democracy because it “intimidates, arrests and smothers voices opposed to the governments”.

Stressing that Turkey is a strategic ally to the US in the Middle East and a key member of NATO, congress members expressed hope to see the Turkish government “abandon this course of intimidation and embrace a free press and tolerance of dissenting voices.”

The letter highlighted recent cases of arrest of journalists and the government policy to censor social media.

Today, the Turkish Parliament commission approved a bill  allowing the Prime Minister and authority to block any website without a court order for a broad range of reasons.