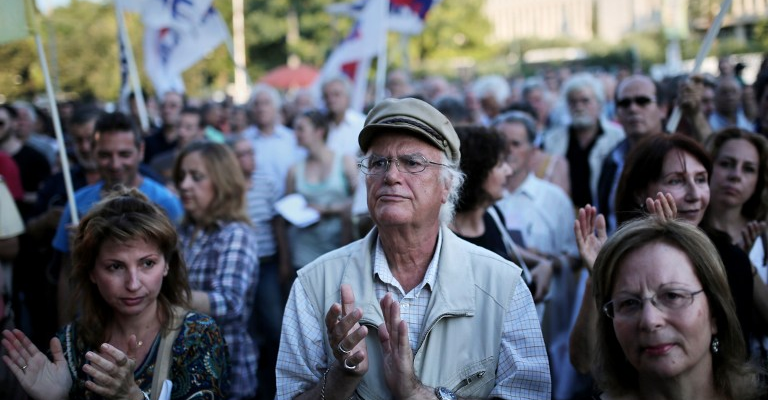 On Monday 9 February Nikos Pappas, the State Minister responsible for public service broadcasting, said that the government will prepare a draft law in a month’s time in order to allow the re-opening of ERT.

The PSB went off air in June 2013 and 2700 staff were laid off as part of austerity measures adopted by the government of former Prime Minister Andonis Samarás.

“This is tremendous news for both journalists and the public who deserve a truly public service for independent information,” said IFJ President Jim Boumelha. “We have supported our members in Greece in their opposition to the ERT closure with massive layoffs among staff. We are delighted that the new government agrees that the decision was an affront to democratic rule in Greece.”

The IFJ/EFJ affiliates in Greece (PFJU, JUADN, ESIEMTH and PEPU) have also welcomed the decision of the government and stressed that the prerequisites to a robust, independent and pluralistic PSB in Greece is an ERT that is fully staffed with all previous employees who should be working in decent conditions.

The EFJ, at its steering committee meeting in Brussels today, supported the call of Greek unions to be consulted in the process to re-open ERT.

‘‘It is crucial that the government engages in dialogue with representatives of journalists in Greece to rebuild a truly independent public service broadcaster that embraces the values of pluralism and universal access, “added Mogens Blicher Bjerregård, EFJ President. “We hope that this positive move will pave for the way for rebuilding trust in PSB not only in Greece but also across Europe.”