The European Federation of Journalists (EFJ) has attended at the Brussels Press Club,  the launch of a new book Mapping Foreign Correspondence in Europe showing that London is the world capital of foreign correspondents. The editor of the book Georgios Terzis has conducted a pan-european research for almost two years and gathered data about the 6.600 registered journalists working as correspondents in 27 countries (this first edition does not include information for Poland and Italy).

Some unchanged data over the years are that foreign correspondents are still dominated by experienced male reporters who are working for print media. However the social status of foreign correspondents has dramatically changed as the job has quickly shifted from full-time employees to freelance journalists, from globe-trotters to semi-permanent residents, from expacts to national reporters, from single media correspondents to multiple online platform freelancers, from EU hub to single-person bureau. The book shows that the pressure on foreign correspondents working in print is increasing as they are expected to report for all media platforms 24/7 (24 hours per day and 7 days a week).

More investigative journalism needed
Single-person correspondents are affected by the huge flow of press releases produced by lobby groups, institutions and NGOs. As a matter of fact, it has an important impact on news content and quality. Gareth Harding,the co-author of the Brussels chapter of the book, said:”Investigative journalism is more and more difficult to do as most of the foreign correspondents have limited time to report on EU issues that are often complicated for national readers.”

In the UK and the US, the media interest in European issues is decreasing and this tendency has an impact on the status of correspondents. Unfortunately, the research did not aim to collect data concerning the average salary, but what we can see as a general outcome is that the financial crisis is used as an excuse in order to decrease or at least not increase the journalists’ salary.

It is important to point out that there is a considerable interest for European news from BRIC (Brazil, Russia, India, China) countries. 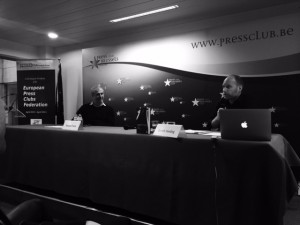 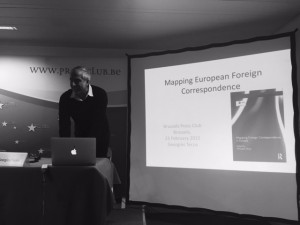