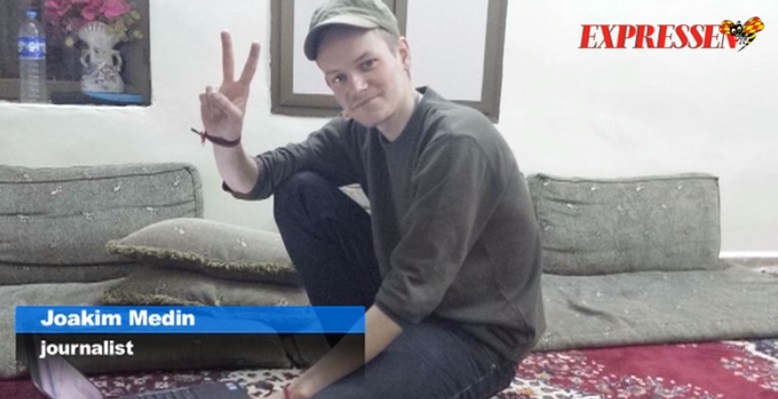 Joakim Medin, a Swedish freelance journalist arrested by Syrian security forces has been released, on Saturday night, according to the Swedish daily newspaper Expressen, who talked to the journalist. He was arrested by the Syrian forces earlier last week in the Kurdish areas of the country.

The European Federation of Journalists (EFJ) joins its Swedish affiliate, SJ, to welcome his release. “Our thoughts are with the journalist’s family and I hope that they can be reunited as soon as possible,” said Jonas Nordling, President of the Swedish Union of Journalists, Journalist Förbundet (SJ). “It is becoming increasingly common for journalists being targeted in armed conflicts. It is a frightening development. If journalists can not work in vulnerable areas, many important stories will never be covered”.