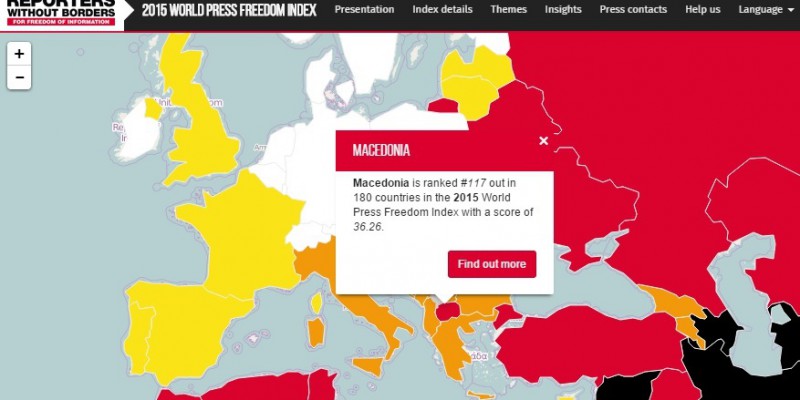 
Macedonian government stands accused of tapping the phones of over 20,000 citizens, including more than 100 journalists.

Zoran Zaev, leader of the center-left opposition party (Social Democratic Union of Macedonia – SDSM), has released yesterday many details on the mass wire-tapping of more than 100 Macedonian journalists for more than three years.

“This violation of privacy directly affects press freedom in Macedonia, fueling a climate of fear and self-censorship. If the accusations are confirmed, then the Macedonian authorities clearly violated the right of journalists to protect their confidential sources,” said Mogens Blicher Bjerregård, EFJ President.

“We spoke for years that the Macedonian government – in fact a small group of people within the government – is controlling the work of journalists and the content of the media. We knew that is the case and it is now been proven,” said Tamara Causidis, President of SSNM.

Naser Selmani, President of ZNM said: “No matter who ordered the wiretapping, thos responsible including Prime Minister Nikola Gruevski, Interior Minister Gordana Jankulovska and the head of Macedonian Secret Service Sasho Mijalkov must resign. Their duty was to respect and enforce the rights of citizens rather than violating them. Their resignation will help to clear the whole case.”

The press freedom environment has seriously deteriorated in Macedonia due to growing threats and harassment aimed at critical news outlets by the government of Prime Minister Nikola Gruevski. Macedonia has fallen from 34th (2009) to 117th (2015) in the World Press Freedom Index produced by Reporters Without Borders. The highly controversial Kezarovski trial is still a serious matter of concern for the EFJ and the IFJ.