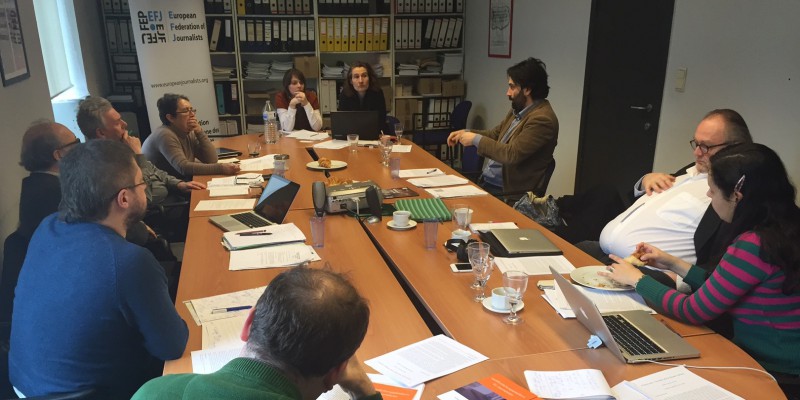 
The Freelance Expert Group (FREG) of the European Federation of Journalists (EFJ) agreed at its latest meeting in Brussels (26/02/2015) to reinforce its campaign to improve the social and professional status of freelance journalists in Europe. The EFJ experts reached an agreement on two major issues:

The FREG experts agreed to organise a webinar on social security systems for freelance journalists on 21/04/2015 discussing best practices and challenges in this crucial policy field.

National reports on the situation of freelance journalists in Belarus, Belgium, France, Germany, Italy, Sweden, Norway, the United Kingdom have been discussed by the participants.