IFJ and EFJ condemn repressive actions against journalists in Crimea 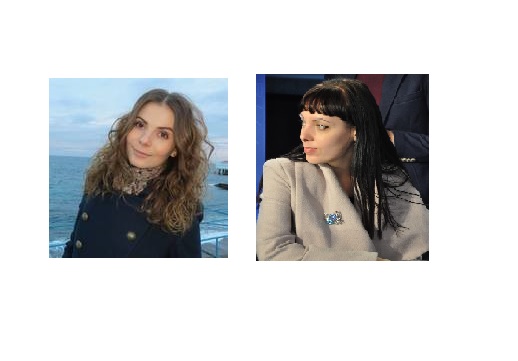 
The International Federation of Journalists (IFJ) and its regional organisation, the European Federation of Journalists (EFJ), today accused the Russian Federal Security Service (FSB) in Crimea of harassment and intimidation against independent media after journalist Natalya Kokorina (pictured on the left) was detained last Friday for six hours and denied access to legal assistance while her colleague Anna Andrievska (pictured on the right) is facing anti-state charges in relation to an article she wrote in 2014.

The two journalists have worked at the news portal of the Crimean Centre for Investigative Journalism, in charge of providing journalistic training. After the takeover of Crimea by Russia last year, the center, initially based in Simferopol, was forced to relocate to Kiev after its staff was subjected to attacks, harassment and legal restrictions by the authorities. Andrievska left for Kiev in early May 2014 but her family stayed in Crimea.

According to reports, FSB agents last Friday searched the homes of the reporters’ parents in two separated raids. They detained Kokorina and initially refused her access to her lawyer. She was finally freed after six hours of detention for which no reason was given.

In the meantime, Andrievska, the former editor of the news portal of the investigative journalism center and board member of the Independent Media Trade Union of Ukraine (IMTUU), is being charged with anti-state activities. The charges are based on a December 2014 article, which authorities claimed “aimed to violate the territorial integrity of the Russian Federation”. If found guilty, she could face up to five years imprisonment. Her father’s computer was seized during the raid.

“We are concerned by the increasing heavy handed tactics by Russian operatives in Crimea against journalists and their families,” said IFJ’s General Secretary, Beth Costa. “Our colleagues are victims of intimidation, which reflects the intolerance to independent reporting.”

“The EFJ calls on the Russian Federal Security Service to stop the crackdown on independent journalists in Crimea,” added Ricardo Gutiérrez, General Secretary of the EFJ. “Over the last year, many journalists covering Crimea have been harassed, attacked and detained. The local authorities are trying to turn the Crimean peninsula into an information black hole.”

“This action is used as a tool to pressure those who publicly express disagreement with the Russian occupation of the peninsula,” said IMTUU, the IFJ/EFJ Ukraine affiliate. “Criminal prosecution of citizens for criticism of the Russian government is a ruthless violation of fundamental norms of international law”.

The IFJ and EFJ urged respect for media freedom in Crimea, stressing the importance for journalists to be allowed to report the truth without fear of prosecution, intimidation or violence.