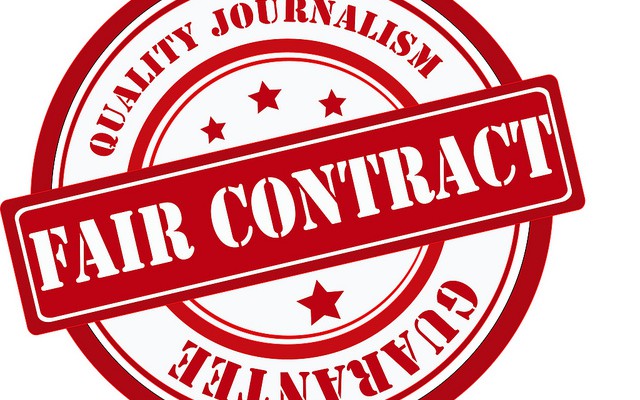 Journalists are the authors of the works they produce. They own economic rights and in most countries have moral rights. This means that they must be remunerated for the use of their works and can protect the integrity of their journalism against any form of distortion.

A report from the UN Special Rapporteur in the field of cultural rights released on 24 December 2014 recalled the imbalance of bargaining positions in place when it comes to negotiating copyright licences with corporations and pointed to the fact that creators retain the smallest part of the resulting profit.

“As authors, journalists should work under fair contractual conditions in which remuneration is equitable, authors’ rights are licensed to employers for a limited time and space and the right to be recognised as author is strictly acknowledged,” said IFJ President Jim Boumelha.

The IFJ and EFJ denounce a situation in which journalists are forced to fully assign their authors’ rights  and work under very low fees with no hope to receive remuneration when their works are reused on different formats or in different media.They recall the role collecting societies play in distributing royalties and the need to sustain collective agreements as an effective response to imbalanced negotiations.

“The UN report rightly recalls on the need to ensure that copyright regulations are designed to promote creators’ ability to protect their creative freedom, the integrity of their work, earn a living, and the right to attribution,” said Mogens Blicher Bjerregård, EFJ President.

“ National legislations must adopt legal protections for authors that cannot be waived by contracts.”

In a letter addressed to their affiliates, the IFJ and EFJ encourage them to stand for fair contracts and to join the organisations in a global twitter campaign #isitfair to highlight difficulties met in the negotiating process and low remuneration scales at stake in the profession.

Join us to celebrate #WBCD2015 by demanding fair contracts for journalists. Tweet your story via #isitfair pic.twitter.com/Ki3g47ENuA