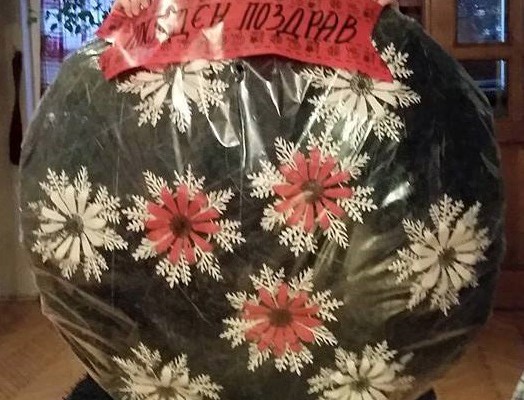 The International Federation of Journalists (IFJ) and the European Federation of journalists (EFJ) have strongly condemn the death threat against a Macedonian TV presenter, Borjan Jovanovski, and call on the Macedonian authorities to prosecute the perpetrators.

Borjan Jovanovski, a prominent journalist, editor and founder of Novatv.mk, received on 21 April at his home in Skopje, Macedonia (FYROM), a death threat in the form of a funeral wreath with the words ”last goodbye” written on it. The wreath was brought by an unknown man in the name of Todor Aleksandrov, a controversial figure celebrated by the ruling party, VMRO DPMNE.

Jovanovski told the media, “What happened shocked me and my family. My underage children were witnesses of a gruesome act which was surely caused by the institutions who despite all warnings are doing nothing to prevent hate speech and a series of lynch calls against all the opponents of the government,” Jovanovski said.

The EFJ said, ”This is not the first time a journalist receive death threats in the country. The ruling party has for years created an atmosphere of hatred towards independent journalists.  Journalists who are critical of the ruling party are often labelled as ‘traitors” or ”foreign spies’.

”Hate speech towards journalists has never been condemned politically by the ruling party nor has any legal procedure been undertaken. But this has to stop now.”

Reacting to the EFJ call, the Council of Europe Commissioner for Human Rights, Nils Muižnieks, condemned the death threat to Borjan Jovanovski and called on political leaders to change the negative media climate in the country.

I express all my solidarity to Macedonian journalist Borjan Jovanovski and his family, who have received a death threat. This is a very serious incident that deserves the utmost attention by the Macedonian authorities. The media situation in the country has worsened in recent months, and this case adds to the serious concerns I have in this regard. An effective and independent investigation has to take place to bring to justice those responsible. It is high time that the Macedonian authorities restore a safe and serene climate for the media to work freely. It is crucial that political leaders send an unequivocal message that threats, intimidation and violence against journalists are unacceptable and will be punished,” said Nils Muižnieks.