Tax reduction on digital content must be reinvested into journalism 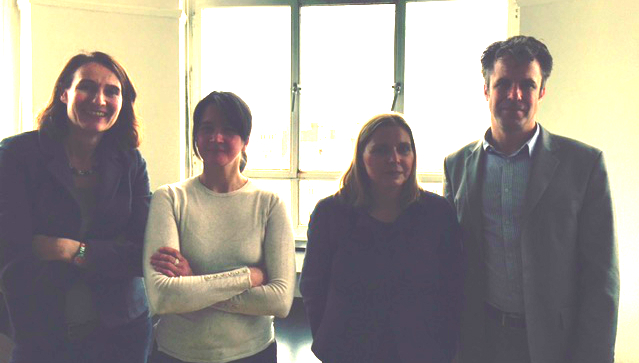 
A delegation of the European Federation of Journalists (composed of EFJ Steering Committee member Urs Thalmann, EFJ Director Renate Schroeder and EFJ Trainee Hélène Brédart) met with Francine Cunningham, Executive Director of the European Newspaper Publishers Association (ENPA) to discuss issues of relevance to both organisations as well as follow-up of an EFJ resolution on social dialogue in Switzerland. The EFJ representatives outlined the difficult situation for journalists in Switzerland as the publishers continue to refuse to negotiate a collective agreement in the German and Italian speaking parts of the country.

Both the EFJ and ENPA agree that the struggle for the support of independent journalistic media is a major common interest that might lead to more commonly supported projects. The EFJ referred to a recent study published by the University of Freiburg (Switzerland) on “working conditions and independence of reporting in media companies/journalistic organisations”. The quantitative and qualitative studies show a clear correlation between the worsening working conditions and decline of quality and media freedom, posing in a threat to the right to information and thus for the democratic functioning of the media. More and more media owners impose cuts in the newsroom and most of them are purely profit-driven.

ENPA stressed that their members are facing increasing challenges when it comes to survival, but did not accept the fact that journalist and journalism are suffering the same extent. ENPA is working to reduce VAT (value-added tax) in particular with regard to digital media. The EFJ delegation was open to discuss possibilities to support this by journalists’ organisations, provided that there is a guarantee that the resources gained are reinvested into professional journalism. In relation to the Digital Agenda, President of the European Commission Jean-Claude Juncker committed himself at a recent event organised by the German Publishers Association in Brussels regarding zero VAT on digital media and e-books.

The meeting discussed continuous challenges with regard to data protection, bench-marking and the recent trade secrets draft directive currently discussed in the European Parliament. Both sides appreciated the cooperation on these issues, and the attempt to exclude the media in the scope on all these themes to preserve press freedom and protection of sources.

ENPA showed interested in joining forces on media literacy as well as the need for training in particular of senior experienced journalists in skills.