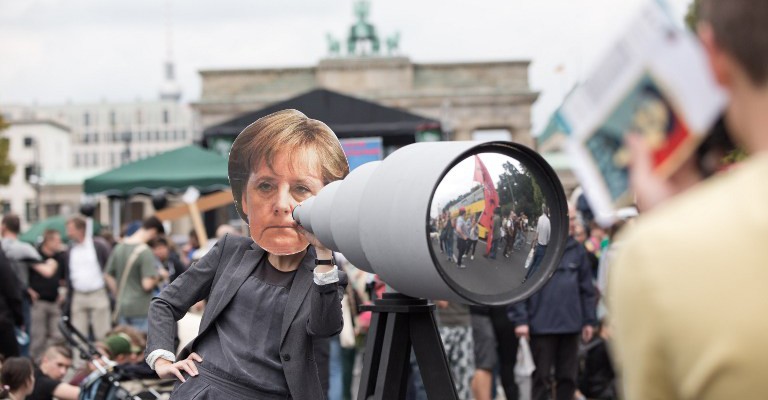 
Journalists’ organisations in Germany are opposing the government’s proposal to allow telecommunication companies, social networking sites and online messaging services to hand over private data to the authorities for national security purposes. The affiliates of the European Federation of Journalists (EFJ), Deutscher Journalisten-Verband (DJV) and Deutsche Journalistinnen- und Journalisten-Union (dju) in ver.di are calling their government to stop the draft law that would violate the fundamental rights of journalists to protect confidential sources, as well as the privacy rights of many citizens.

The EFJ backed its affiliates by joining the call on the German government to withdraw the draft law that contains dangerous provisions to restrict the rights of journalists to protect confidential sources and process data and information that is in the public interest. The EFJ says, “The government must re-think the draft law and make sure that it respects the fundamental rights of journalists and citizens.”

Michael Konken, the chairman of DJV says, “This nonsense must be stopped. If the draft law is adopted, it will make the work of journalists impossible. It is clear in the latest decision of the European Court of Justice that data retention law as such violates the rights of professional secrecy and privacy. This principle cannot be maintained by giving vague exceptions for journalists, lawyers, doctors and attorneys, but only by preventing the use of storage of any communication data.”

Frank Werneke, deputy chairman  of ver.di says, “Journalists are often affected by the data collecting mania of the government. The possibility that journalists can face criminal prosectution because they are accused of processing ‘stolen’ or ‘illegal’ data poses a serious threat to investigative journalism.”

According to the latest draft law, internet service providers will be obliged to store call and Internet traffic metadata for a maximum of 10 weeks while location data would have to be stored for four weeks. Although the draft include provisions to exclude data relating to professional secrecy such as lawyers, doctors, deputies and journalists. However, it is not clear as to how this can be implemented in practice.