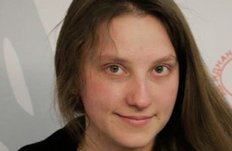 
The European Federation of Journalists (EFJ) is extremely concerned by the increasing numbers of fines imposed on Belarusian freelance journalists for “illegal creation of mass media production” since April 2014.

On June 1, the judge of the Dziarzhynsk district court Ina Shayko ruled against journalists Volha Chaychyts and Siarhei Krauchuk and demanded them to pay 310 EUR each (5 million 400 thousand rubles) for illegal production of mass media products. On June 3, the Lenin district court of Brest also fined journalist Alina Litvinchuk for double violations of Article 22.9 (illegal production and distribution of mass media products); the fine amounts to 630 EUR (10 800 million rubles).

According to the Belarusian media law, it requires foreign and national journalists to obtain mandatory state accreditation. The law only recognises those journalists working for state-registered media organisations.

“I am outraged by the increase of fines imposed on journalists in recent months. Such practices will effectively ban journalists from reporting,”  Mogens Blicher Bjerregård said. “The latest court decision against Volha Chaychyts, Siarhei Krauchuk and Alina Litvinchuk underlines the need to address the issue urgently.”

Around 20 people attended the trial on June 1, including Andrei Batsunets, chairperson of the EFJ affiliate, the Belarusian Association of Journalists (BAJ), and Mikhail Yanchuk, deputy chair of BAJ and official representative of Belsat in Belarus. All visitors were allowed to enter the court room, however, the judge banned photographing and video recording. The case was initiated because of a video report from Fanipal (Dzirzhynsk district, Minsk region) telling that a camera crew was not allowed to attend public discussion of the general plan for the city’s construction. Both the journalists were found guilty of violating Article 22.9 of the Administrative Code (illegal production and distribution of mass media products).

The EFJ at its Annual Meeting on June 2 in Budva, Montenegro, adopted a statement on the situation of freelance journalists in Belarus. The statement was also sent to the Minister of Information, Ms Liliya Ananich, urging for action to address the problem.

You can see a list of 16 Belarusian freelance journalists who were fined for ‘illegal creation of mass media production’ since April 2014 in English: http://www.baj.by/en/node/28323

You can find more infomation on the court case of Alina Litvinchuk at: http://www.baj.by/en/node/28848