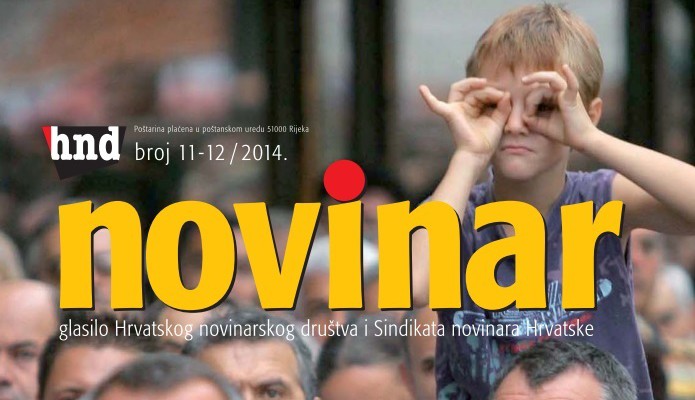 
The European Federation of Journalists (EFJ) welcomes the launch of the Croatian Center for the Protection of Freedom of Expression. The Croatian Journalists’ Association (HND), in cooperation with the Union of Croatian Journalists (SNH), both members of the EFJ, will present this project in Zagreb, on 2 July. The Center will provide legal protection to journalists, in a context of increasingly frequent threats and intimidation.

The new chair of HND, Sasa Lekovic, will present on Thursday, in Zagreb, the brand new Center for the Protection of Freedom of Expression (CPFE). The organisation will provide legal advice and representation to journalists facing threats, pressure or attacks. Sasa Lekovic himself faced a death threat in relation with his journalistic investigations.

Two weeks ago, the EFJ in cooperation with HND sent several letters to Croatian high level representatives from Parliament, government, police and justice in order to to express its great concern for the safety of  freelance journalist Željko Peratović and ask for official intervention for his protection.

“We are noting the increased physical threats and intimidation against journalists in the Balkans, in a context of impunity“, said Mogens Blicher Bjerregård, president of the EFJ. “We are concerned about the increased lack of respect for journalists’ rights in Croatia.”

In addition to legal advice, the Center for thye Protection of Freedom of Expression will provide training programs, workshops and information. The EFJ will support its activities, so as the University of Zagreb (Faculty of Law), the Media Legal Defence Initiative (MLDI), the OSCE, Share Foundation and Article 19.