Freedom of panoramas under threat 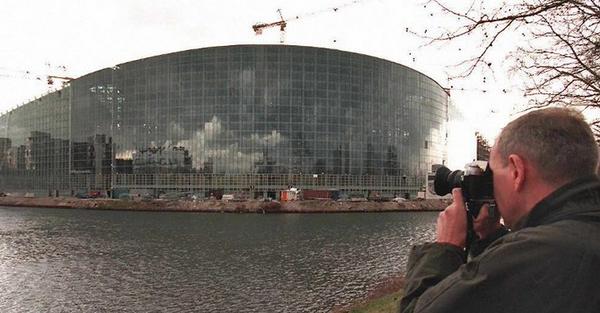 
Plenary session of the European Parliament on 9 July 2015

We will not limit #FreedomofPanorama. People can take pictures of whatever they see in public places #EPlenary #copyright @Senficon

The European Parliament is likely to adopt an initiative report that could potentially hamper the right of press photographers to take photographs in public spaces, the International and the European Federation of journalists have warned.

The report, drafted by the German Eurodeputy Julia Reda, makes a number of proposals to amend authors’ rights legislation in the EU as a contribution to the European Commission’s upcoming revision package on authors’ rights that will be issued this fall.

The current draft report includes an amendment that requires prior authorisation for taking photographs of works located in public spaces for commercial purposes, thus overturning the so-called “freedom of panoramas” which exists in most EU member states.

IFJ/EFJ affiliates in Europe have raised their concerns over what appears to be a serious threat against well-established national legislations that allow taking such photographs without prior authorisation.

“This provision is seriously hampering freedom of expression by preventing professional photographers from freely reporting and informing the public,” said IFJ Pesident Jim Boumelha. “If this provision is adopted as such by the European Parliament, the door will be opened for enacting legislation that subjects press photographs of works of art, monuments and buildings that are placed in the public space to authorisation.”

The EFJ President, Mogens Blicher Bjerregård said,“We call on members of the European Parliament to vote against a provision that is bad for the press and bad for democracy and leave freedom of panoramas as a matter for member states to decide.”

European Parliamentarians will vote on the text in the plenary session on 9 July in Strasbourg.