Growing concerns over the disappearance of three Spanish journalists in Syria 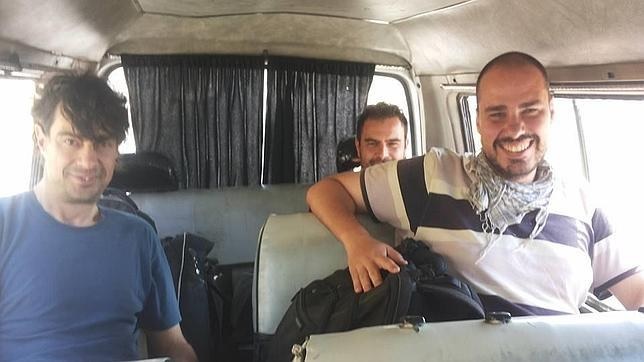 FAPE President Elsa Gonzalez told media that José Manuel López, Antonio Pampliega and Ángel Sastre entered Syria from Turkey on July 10 and were last heard from on July 12. The three journalists were reporting from the northwestern Aleppo region, a city divided between rebel troops and Syrian forces.

The EFJ president Mogens Blicher Bjerregård said, “We stand in solidarity with Antonio, José and Ángel who are courageous journalists risking their lives to inform us on what is going on in Syria. We hope for their safe return soon.”

Syria has been facing a four-year civil war which brought 230 000 deaths and millions of refugees. The situation in Syria continues to be extremely volatile for journalists.

In June this year the IFJ expressed its great concerns for media workers’ safety in the country following the killing of Al Jazeera cameraman Mohammed al-Asfer by government forces in Southern Syria.

Several journalists have been abducted since the beginning of the conflict in 2011 including Spanish journalists Marc Marginedas, Javier Espinosa and Ricardo Garc ía Vilanova who were released in 2014.

“We are concerned about the safety of our Spanish colleagues,” said IFJ deputy general secretary Anthony Bellanger. “We  call on all factions involved in the country’s conflict to respect press freedom and allow media workers to carry out their duties without fear of violence nor targeting.”