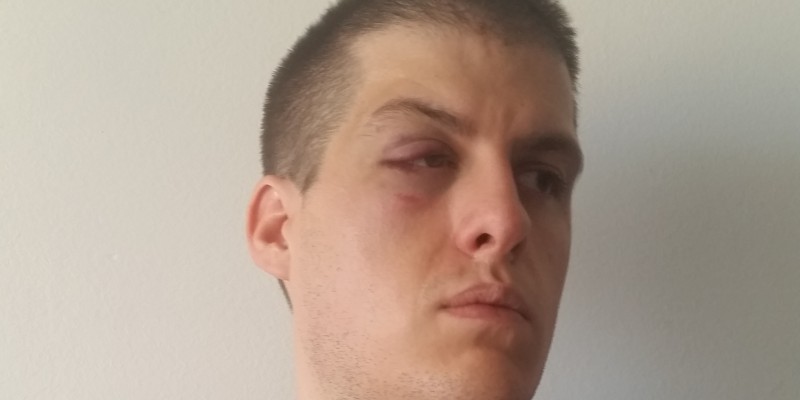 Investigative journalist Ivan Ninic, 27, was beaten on August 27 in front of his home as he was locking his car in the parking lot. Two young men attacked him brutally using metal rods. The journalist suffered a hematoma under his eye, severe bruising to the thigh bone and an injury to the right shoulder. He reported the incident to the police.

According to UNS, Ivan Ninić is the author of approximately 300 articles and investigative stories a large number of which were published on the anti-corruption website Pistaljka. As a legal advisor he participated in the writing of the Anti-corruption Council’s Annual Report on the ownership structure and control of the media in Serbia. Ninic is also the Executive Director of the NGO Center for the rule of law which is about to launch its online platform.

“Freedom of expression is protected by Article 19 of the European Convention on Human Rights. Journalists must be able to report freely on any subject of public interest. Perpetrators of the attack against Ivan Ninic must be brought to justice immediately,” said IFJ President Jim Boumelha.

EFJ president Mogens Blicher Bjerregård said that “intimidation and attacks on journalists put a damper on democracy in Serbia where journalists work in hostile environments. We call on Serbian authorities to ensure their safety and struggle against impunity”.

The IFJ and EFJ will be holding a regional conference in Belgrade October 10-11, which will examine the status of journalism in the country and the broader Eastern European region.

The IFJ and the EFJ will submit this case to the Council of Europe’s platform to promote the protection of journalism and safety of journalists.