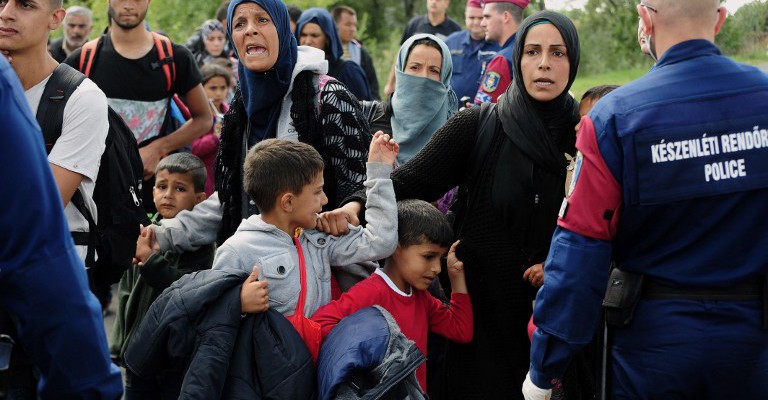 In a video footage widely shared in media reports on the attack which took place on 8 September, Petra Laszlo, who worked for N1TV, is seen kicking several refugees, including children, as they ran from a police lines during disturbances at Roszke, southern Hungary. The footage, which was filmed by another journalist covering the event, shows Laszlo tripping up a man running with a child in his arms and kicking another running child.

“This is the biggest media scandal in Hungary for the last few months which have been dominated by the coverage of the migrants and refugees crisis,” said the HPU Executive co-chairman, László M. Lengyel. “The whole profession condemns this”.

“This is an unprecedented incident, about what the Hungarian press reported quickly. The reporter was dismissed almost immediately thereafter. The risk of discrimination in the media amplify, so everything must be done to avoid discrimination based on race, gender, sexual orientation, language, religion, political opinions, as well as discrimination due to national or social origin,” added Judit Doros, the AHJ board member responsible for international affairs.

The IFJ and the EFJ were shocked by the shameful behavior of the camerawoman, urging journalists to uphold constantly their professional ethics while covering the current events, so as to avoid undermining their independence and public trust.

N1TV, an online TV station close to Hungary’s far-right, has announced that they fired the camerawoman following the attack as she “behaved in an unacceptable way,” the N1TV’s editor-in-chief Szabolcs Kisberk was quoted saying in an statement appeared on the channel’s Facebook page.

The incident took place as hundreds of migrants broke through a police line at a collection point close to the Serbian border, in Roszke, one of the main accesses to the Schengen space which is used by thousands of refugees, media added.

Firm position from Hungarian unions @EFJEUROPE and @IFJGlobal on the attack on refugees in Hungary – a scandal http://t.co/hOx42XNwvM