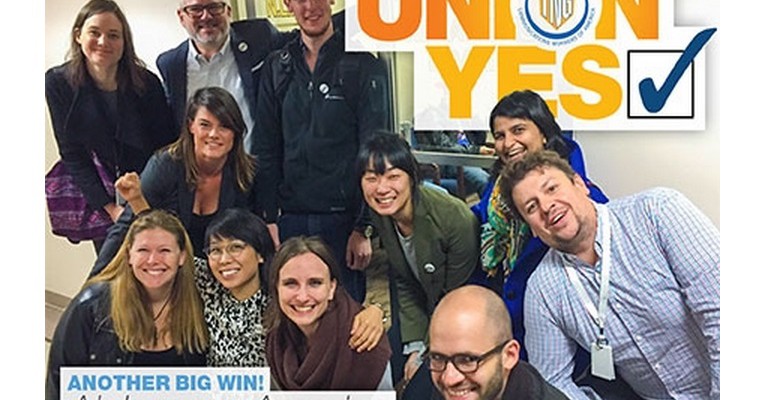 
The wave of labour organising is increasing in US media companies. On Tuesday, digital journalists at Al Jazeera America voted to organise with the NewsGuild of New York, an IFJ affiliate, in an election prompted after the network failed to recognise the union.

In recent months, editorial staff at Gawker, Salon, ThinkProgress and Vice Media have become members of the Writers Guild of America. Staff of Guardian US joined the NewsGuild, so as Al Jazeera America. Journalists at the Huffington Post have also held discussions about unionising.

“Staff claim is the same everywhere,” noted Ricardo Gutiérrez, General secretary of the EFJ. “Journalists in digital platforms no longer accept being ‘slaves of infomation’. They want to enjoy the same rights, same protection and same freedom as other journalists at the press and in the audiovisual sector.”

The EFJ welcomes the opening, today, in Louisville (USA), of the constituent assembly of Media Workers Unite, which aims to promote the rights of digital journalists.

The EFJ call for the improvement of working conditions of  digital journalists and the  protection of press freedom by joining a trade union or an association of journalists.

The EFJ also invites digital journalists to participate in the online survey on their working conditions. The survey will close on October 12.