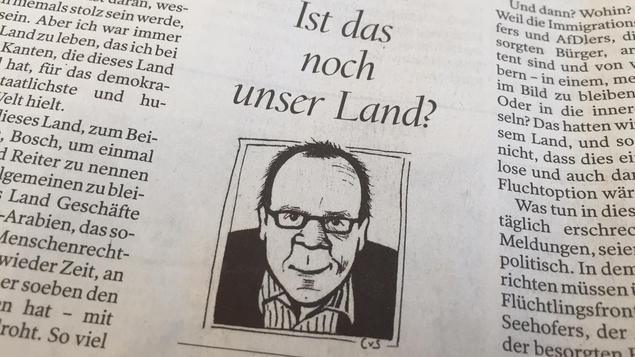 
The European Federation of Journalists (EFJ) has expressed extreme concerns over recent ”witch hunt” and attacks on journalists who cover the refugees and migrants crisis. Since last Friday 30 October, two journalists were attacked during the anti-migrants protest called “Pegida demonstrations” launched by the German far-right groups in Berlin.

Mogens Blicher Bjerregård, the EFJ President said, “the witch hunt on journalists covering the crisis is worrying. Journalists shall not become the target for telling the truth.”

Helmut Schümann, a journalist working for the daily Tagesspiegel in Berlin was one of the journalists who were attacked. According to Schümann, he was tracked down by far-right supporters on his Facebook account because of his reporting on the refugees crisis. On 30 October, he was attacked from behind by unknown individual who insulted him for supporting the refugees before knocking him to the ground.

On Monday 2 November, Martin Heller, a cameraman who were recording the anti-refugees protest in Berlin was attacked by the protesters. Crowds were shutting at journalists covering the event “lying press” showing their hostilities towards professional journalists.

“The attackers shall be ashamed of their behaviours. The authorities must do everything to ensure their safety during the coverage of the crisis”, added EFJ President.

The EFJ also raises its concerns over the growing hostility against journalists and the media with campaigns and online hate speeches.