Hungary: journalists should not heat animosity 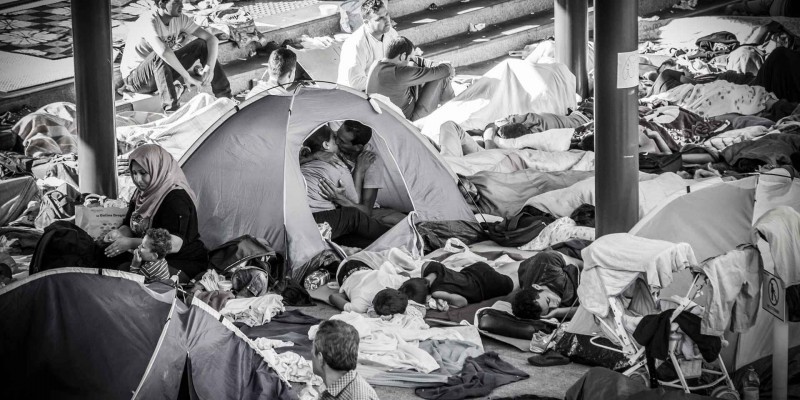 
On November 11, the Budapest Centre for the International Prevention of Genocide and Mass Atrocities hosted a round-table on the role of journalists in preventing genocide and countering extremism at the Hungarian Institute of Foreign Affairs and Trade.

The opening panel featured the keynote speech of András Trom, Head of Section of Foreign and Security Policy of the Association of Hungarian Journalists (MUOSZ), an EFJ affiliate. The Budapest Centre noted that “Trom pointed out the key role that journalists have in society, insofar as they are charged with reporting on events and thus mediating people’s understanding of reality. In this sense, the quality of reporting should be measured as the extent to which it serves the public good.”

Trom stressed that journalists can either work to foster hate or become actors serving community building, empathy, and tolerance within societies. He mentioned that MÚOSZ launched a solidarity photo action in September – “About Migration in a Different Way” – which was a roaring success. More than one-hundred professional and amateur photographers filed over 1.000 pictures. “We organized an exhibition in the Headquarters of MÚOSZ and the photos are available on the web, on Facebook, receiving fascinating comments and number of likes.”

The biggest hit was the photo by István Zsíros titled “Kiss”. This picture was taken at Keleti station in the centre of Budapest, where the refugees had set up camp near the capital’s main international train station.

Trom concluded his speech with the powerful idea that journalists should swear an oath similar to that of medical doctors in which they commit to become agents of peace and reconciliation among all people: “Understanding, empathy, respect and tolerance ought to be the guideline of the media society, though it might seem to be an Utopia. (…)  Journalists of the future should take an oath prior starting their career as well. With a so called “pro-empathy, zero tolerance of hatred” oath journalists could pledge not to turn people against each other, not to instigate, not to heat animosity.”