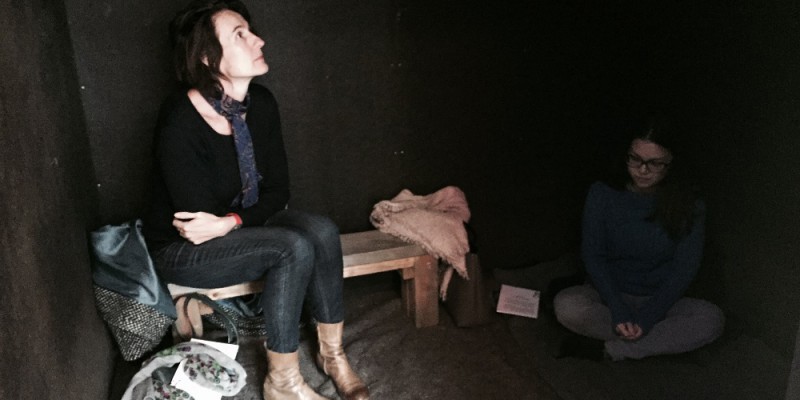 Imagine you are being locked away in a prison for 14 years without trial for crimes you have not committed? On Sunday 15 November, you can experience the injustice facing the Swedish-Eritrean journalist, Dawit Isaak, who has been detailed Eritrea for 14 years now. To share the solidarity with Dawit, you will be put in a  four square metres of pitch dark and stifled surroundings symbolize Dawit Isaak’s prison cell for 15 minutes.

The European Federation of Journalists (EFJ) will join a campaign launched by the Belgian branch of the world association of writers, PEN, to highlight the struggle of Dawit for freedom and gather international support to free Dawit. The event will be held in Bozer (Centre for Fine Art) in Brussels starting from 15 November to 22 November (see details below).

Dawit Isaak fled to Sweden in the late 1980s, to escape the aggression in his native country. He was granted Swedish citizenship. After the Eritrean War of Independence he returned to his fatherland and supported its reconstruction, amongst others through the weekly called Setit. It was a plea for journalistic independence and freedom of speech, an internationally recognised human right and precondition for a democratic society. While Eritrea began to show more dictatorial characteristics, Isaak kept fighting for democracy and freedom of press. In 2001 he was imprisoned without any form of indictment, charge or trial.

On 2 June, the EFJ at its Annual Meeting in Montenegro declared its support for Dawit. Bethlehem Isaak, daughter of Isaak, sent a message via the Swedish delegate, Jonas Nordling, to the delegates and thanked for their support for Dawit.

“Thank you for continuing to give Dawit Isaak a voice. You have the world’s most important job by giving people a voice. Thank you for your support. It keeps my Dad alive.”

On this occassion, the EFJ has also written to the Head of the Delegation of European Union to the State of Eritrea, Ambassador Christian R. Manahl and members of the European Parliament at the Civil Liberties, Justice and Home Affairs Committee, asking their assistance to help free Dawit.

You can also join various online campaigns to suppport Dawit: