EU crisis should not lead to complacency towards Turkey’s responsibilities 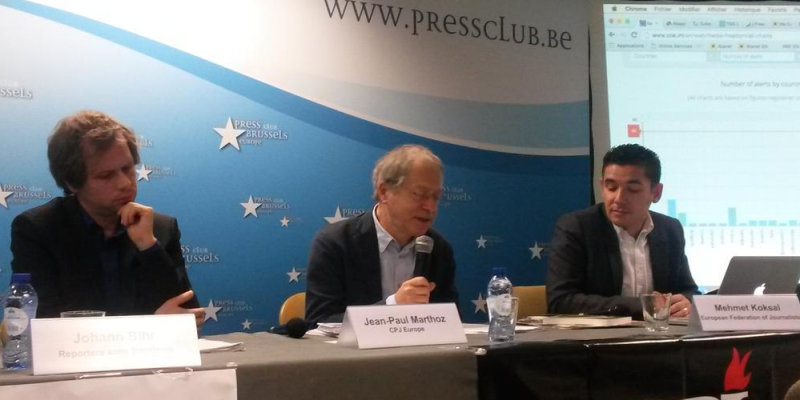 Before analyzing the EU recent strategic posture as regards to Turkey, Jean-Paul Marthoz (CPJ EU Correspondent), opened the debate reminding an important press freedom degradation symptom:  while the number of journalists in jail globally has declined modestly from the record highs of the past three years, in Turkey the number has doubled from 7 to 14 (CPJ data).

The last months have been marked by a succession of attacks on independent journalism. “Who could stop such worrying slide into arbitrariness and repression? Turkish civil society and in particular journalists’ organizations and press freedom groups have strongly resisted to defend their space of freedom. But there is limit to their capacity to resist such attacks. International actors have a role to play. Turkey is a candidate to membership and it has to demonstrate that it loyally strives to apply the values, norms and laws which are the pillar of the EU project.”  Jean-Paul Marthoz explained controversial EU leaders discourses or acts:  the following Juncker’s statement in late October when he said “the EU should not harp on at Turkey about its record on human rights”, Angela Merkel’s trip to Turkey before elections, the postponement of the publication of the Progress Report after the elections, Frederica Mogherini’s discretion, the lack of reference of human rights in the joint 29 of November post-summit declaration and others.

“The refugee crisis and the emergence of Daesh should not lead to complacency towards Turkey’s responsibilities as a candidate country. If the EU turns a blind eye to the plight of journalists in Turkey, it risks losing credibility with those who support the country’s democratization and European integration. Any compromises on the fundamental European principles of press freedom, democratic governance, and rule of law would undermine the very nature of the EU project.”

Mehmet Koksal, project officer at the European Federation of Journalists, began specifying that the conference’s purpose is not to send a message to Turkey. “Violations occur in that country on a daily basis and require that we send strong messages. This is a conference to send a message to EU policy makers on its relation with Turkey.” He presented the EFJ-IFJ fact approach to consider freedom of expression & media workers protection levels, using two clear indicators : reports published on Mapping media freedom and the CoE platform to promote the protection of journalistm and safety of journalists (see below). 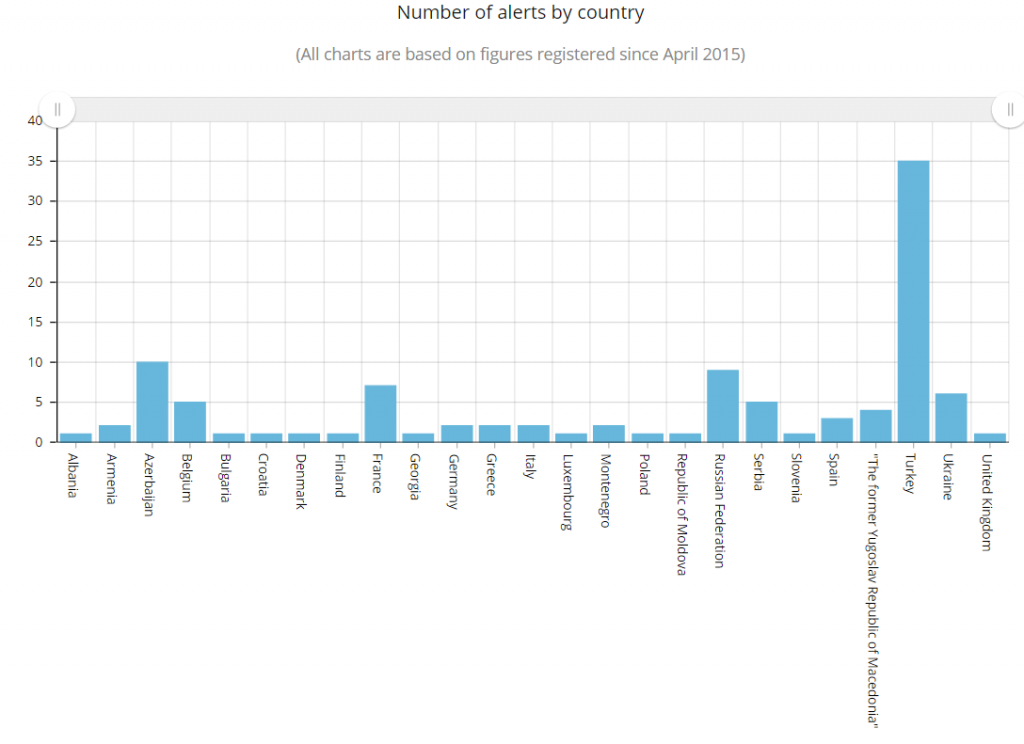 “The European Commission has just organized its third SPEAK-UP conference. A lot of international experts came, shared their experiences. Commission executives and EU policy makers are fully aware of the crackdown on the independent media. Our affiliate, the Journalists Union of Turkey – TGS, as other press freedom defenders and the civil society organisations are very active locally and protest regularly to violations. Those brave actors think that Europe has forgotten the relevance of human rights and the freedom of the press. The only message they perceived is : take my 3 billions and keep refugees in Turkey, the rest doesn’t seem to count for the Europeans”, explained Mehmet Koksal.

Johann Bihr, head of the Eastern Europe and Central Asia desk at Reporters Without Borders, explained several recent cases of repression against any critical voice. Later October, the authorities cut off TV channels. Daily newspapers stopped printing and many news websites like DIHA are still being blokked. Four days before elections, the government replaced media owners at Koza Ipek media holding on pro-government editorial line. After elections, two journalists at Nokta magazine have been sent to jail for a cover depicting the country’s polarization. He also cited the impunity of police violence. “Only at the time of the Gezi protest, we count 150 journalists beaten by the police. In all these cases, no police officer has been prosecuted. That is not only a matter of press freedom : EU has to take the stability of the country in consideration, too.“, said Johann Bihr.

#Turkey remains as one of the world's biggest journalists' jailers, regret @EFJEUROPE, CPJ and RWB pic.twitter.com/ryYqZkdA6n