Poland: we are outraged by the abolition of safeguards for pluralism and independence in public service media 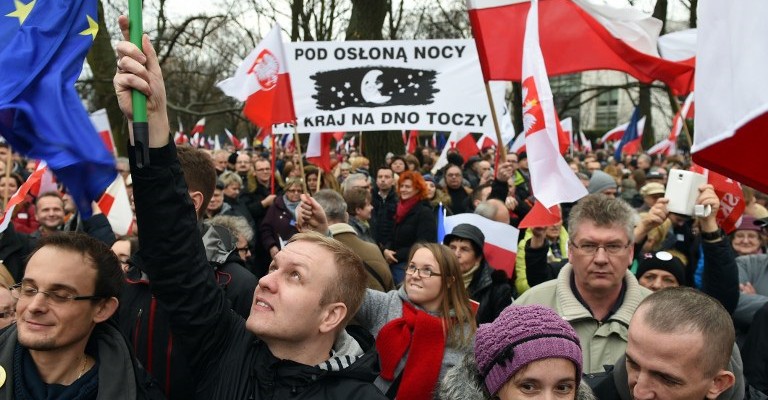 
The undersigned press freedom and media organisations – European Federation of Journalists (EFJ), European Broadcasting Union (EBU), Association of European Journalists (AEJ), Reporters Without Borders (RSF), Committee to Protect Journalists (CPJ) and Index on Censorship – are outraged by the proposed bill, hastily introduced by the majority party in Poland yesterday (29 December) for immediate adoption, without any consultation, abolishing the existing safeguards for pluralism and independence of public service media governance in Poland.

The introduction of a system whereby a government minister can appoint and dismiss at its own discretion the supervisory and management boards goes against basic principles and established standards of public service media governance throughout Europe. If the Polish Parliament passes these measures, which may happen today (30 December), Poland will create a regressive regime which will be without precedent in any other EU country.

We consider that the proposed measures will represent a retrograde step making more political, and thus less independent, the appointment of those in charge of the governance of public service media in Poland.

We urge the Polish authorities to resist any temptation to strengthen political control over the media.

To date, Poland can boast an excellent track record in terms of freedom of the media, which ranks in the top category in the Reporters without Borders World Press Freedom Index 2015 as well as in the 2015 Freedom House report on political rights and civil liberties.

TVP reaches more than 90% of the Polish population every week and had about 30% of the TV broadcasting market in Poland in 2014, which is higher than in the case of most public TV channels in Central and Eastern Europe.

I was on @rtbf evening news: "#Poland is threatened by the return of state propaganda" https://t.co/iEeYqR5l4b pic.twitter.com/5b5PYT5kMA

EFJ in the news on this issue