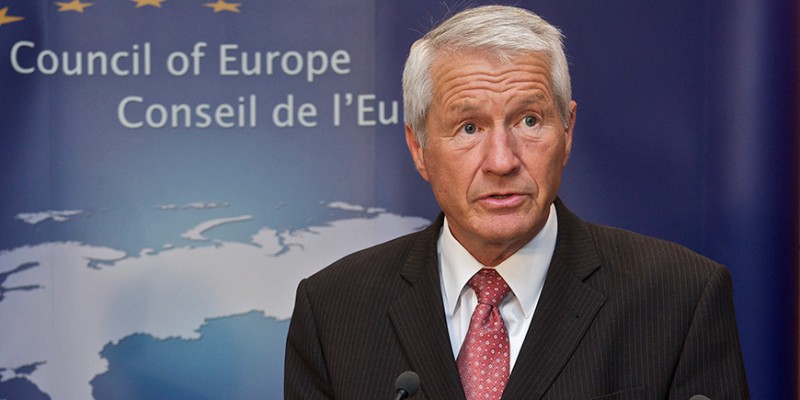 
The Council of Europe Secretary General Thorbjørn Jagland has written yesterday to Polish President Andrzej Duda expressing his concern regarding the legislative draft on public service broadcasting and its possible impact on the integrity and independence of public TV and radio in Poland.

The letter mentions the alert submitted to the Coe Platform for the Protection of Journalism by the European and International Federations of Journalists (EFJ, IFJ) and other “prominent European journalist and freedom of expression associations” (AEJ, Article 19, CPJ, Index on Censorship, RSF).

Thorbjørn Jagland invites the Polish authorities to submit the draft law for assessment by the Council of Europe before the new act is signed, to ensure the provisions of the law are in line with the European Convention on Human Rights.

The CoE Secretary General was not the only one to react on Tuesday: the CoE Human rights commissioner Nils Muižnieks has also pleaded with Poland’s President, not to sign the new media law.

“The law worryingly places public service media under direct government control by giving the latter the powers to appoint and dismiss the members of the supervisory and management boards of public service television and radio,” said Muižnieks.

The Commissioner for Human Rights added: “Rushed through parliament last week, the law has also not benefited from the public debate which is required in a democratic society when considering such important changes in the field of media freedom.”

Letter of the @coe Secretary General @TJagland to Polish President on the media law in Poland: https://t.co/d8ZzQM78ie