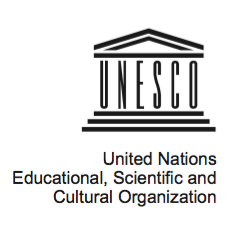 
UNESCO and the European Commission have renewed their partnership to strengthen freedom of expression and media freedom in South East Europe and Turkey. The new project, Building Trust in media in South East Europe and Turkey, will last 36 months starting in early 2016. The European Commission is contributing 1,500,000 Euros to support media self-regulation mechanisms, promote media internal governance and foster media and information literacy (MIL) in the region.

“This project is a direct follow-up of the previous successful project, Media Accountability in South East Europe and Turkey, and aims at further supporting professional and ethical journalism and boosting civil society’s demand for quality media”, said UNESCO’s Deputy Director-General, Getachew Engida. “UNESCO looks forward implementing this new project, which is part of our Organization’s broader strategy to support and promote freedom of expression in South East Europe and Turkey,” he added.

The new project aims to build trust and restore confidence in the media in South East Europe and Turkey. At a time when worsening economic conditions form a temptation for media outlets to deviate from professional practices, media self-regulation mechanisms need to be further strengthened and established in countries where they do not yet exist. This is a necessary condition to prevent the risk of professional ethics being compromised for the sake of obtaining public or commercial funding. It is also a necessary condition to increase the quality of information transmitted to society.

In line with the guidelines for EU support to media freedom and media integrity in the enlargement countries, the project will also seek to improve the internal governance of media organizations based on the commitment of media owners and editors to respect clearly defined professional and labour standards. Moreover, the project involves empowering people through media information literacy competencies, ensuring that all members of the public can make informed choices in their everyday lives and can learn to participate in and contribute to governance processes.

The project will be carried out in Albania, Bosnia and Herzegovina, the Former Yugoslav Republic of Macedonia, Montenegro, Serbia Turkey, and Kosovo (UNSCR 1244). Partnerships with various organizations are foreseen with the press councils in South East Europe, the European Federation of Journalists, the Ethical Journalism Network or the South East European Network for Professionalization of Media, among others.

Both UNESCO and EU have declared freedom of expression to be a strategic priority in a Memorandum of Understanding signed in October 2012 to enhance cooperation between them.