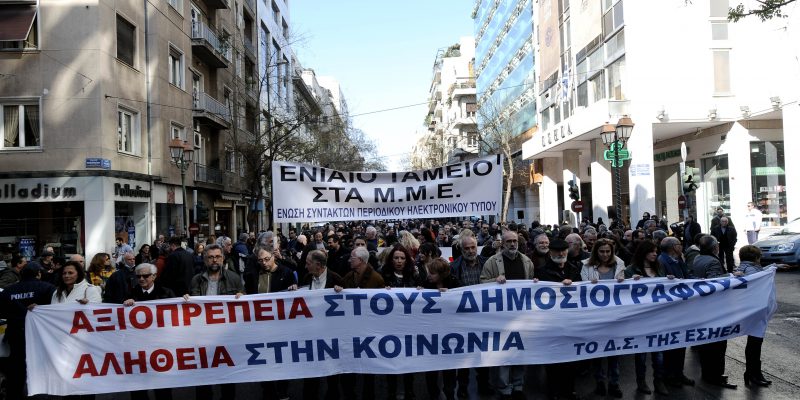 Greek journalists will join a 24-hour strike tomorrow 28 January at 6am protesting recent government plans to overhaul the social security system initiated by workers in private and public sector as well as farmers, which is going on since 8th January 2016.

Members of the European Federation of Journalists (EFJ) in Greece (PFJU, JUADN, ESIEMTH and ESPIT) called on the government to engage in dialogue with the workers’ organisations before overhauling the entire system. They also called for the autonomy of the sector’s social insurance funds and guaranties of their financial resources as well as all press workers rights that the government is trying to abolish.

The new plan will affect many workers in different sectors. For journalists and media workers, their social security fund with be merged with workers in other sectors. Protection for workers facing redundancy will also be reformed.

The journalists warned that the overhaul will lead to affect the wages and pensions of journalists and will affect the employment situation in the long term.

UPDATE: Thousands of journalists and media workers in the media have took to the street of Athens protesting the social security plans proposed by the government.