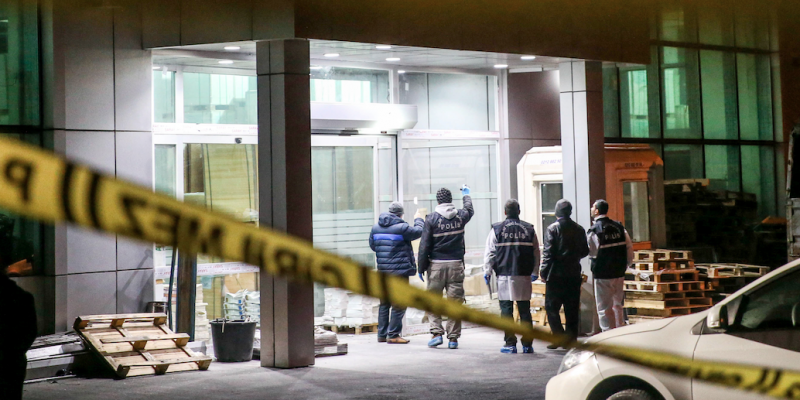 
The European Federation of Journalists (EFJ) and the International Federation of Journalists (IFJ) have today condemned the attacks on February 11, 2016 with bombs and guns against pro-governmental Turkish daily newspapers Yeni Safak and Yeni Akit. According to media reports, a group of unidentified 3 or 4 masked persons have carried out an attack with Molotov cocktails and guns at 5:00 am against the headquarters of Yeni Safak daily newspaper in Istanbul. At around 5:30 am, the building of Yeni Akit newspaper in Istanbul have experienced the same type of attack with molotov cocktails thrown at the parking area. No physical casualties were reported and the local police started an investigation.

“Attacks against media outlets are unacceptable, as they can further undermine the significantly weakened situation for freedom of expression and media freedom in Turkey,” Dunja Mijatović, the OSCE Representative on Freedom of the Media said today.

The Journalists Association of Turkey (TGC) has also condemned the attack in a written statement.

The EFJ-IFJ have alerted the Council of Europe’s platform on media freedom and the Mapping Media Freedom project about this violation.