Media should reflect on the way they portray women 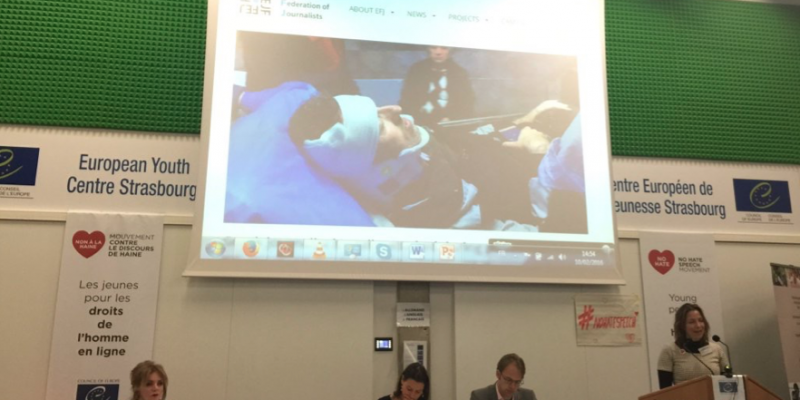 
The European Federation of Journalists (EFJ) was invited to a seminar of the No Hate Speech Movement, linked to the implementation of the Gender Equality Strategy of the Council of Europe, that took place from 10 to 12 February at the European Youth Centre in Strasbourg.

The issue of sexist hate speech is particularly acute for women journalists both off and online. Sexist forms of hate speech are direct manifestations of violence against women and girls, which remains the most pronounced expression of the uneven balance of power between women and men, one of the root causes of discrimination against women.

Perpetrators can be anonymous. They can also be colleagues or bosses.

In 2013 the IWFM/INSI study showed that almost half of the respondents of their study on women journalists said they had suffered sexual harassment in different forms. About sexual harassment, the report shows that the majority of the attacks were led by supervisors or colleagues.

In the UK, a study conducted by the National Union of Journalists (NUJ) in 2014 in broadcasting news staff reveals the appalling treatment some women face in their work places. 43% reported sexist behaviours in their workplaces while 45% experienced sexist attitudes from their management.

We must ensure that sexist hate speech is taken seriously. It undermines women hate and safety at work and employers have a duty of care to respond to these attacks. Development of in house policies, better online moderation of comments, and a newsroom culture that supports colleagues in need are essential.