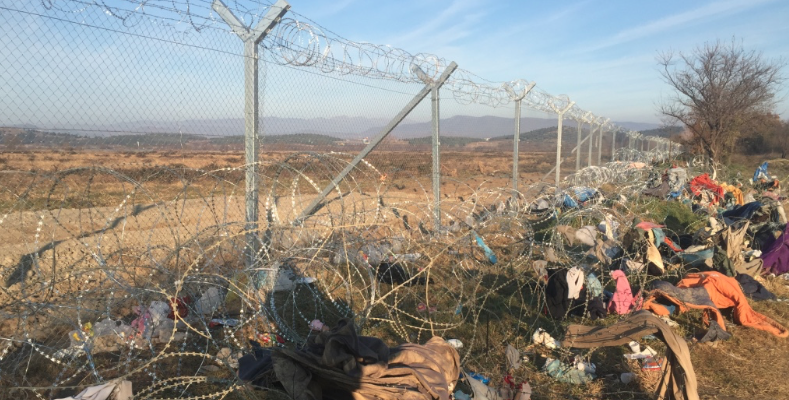 
The Journalists’ Union of Macedonia and Thrace Daily Newspapers (ESIEMTH, EFJ affiliate) is reporting another incident of journalist and his TV crew being removed from the camp build for refugees in Idomeni (Greece) that occurred early morning on February 23, 2016.

At around 05:30, the Greek police asked the TV crew including journalist Aphroditi Spilioti (member of ESIEMTH), a cameraman and a sound engineer working for the private broadcaster Αlpha Channel to leave the camp “for safety reasons”. The crew did move outside the perimeter of the refugee camp at Idomeni where they could possibly still have a view on the ongoing police operation. However, police officers asked them to get in their vehicle and move up to a place at about 2 km away claiming once again “safety reasons”. When the journalist and the crew refused to do so, they were asked to give away their ID cards for verification and follow the police vehicle to the police station. After just a few minutes of driving, the vehicles stopped, the police gave back the journalist and media workers their IDs saying that they checked their details while on the way and asked them not to drive back to the refugee camp.

After intense reactions by media organisations and other journalists, the police allowed journalists to approach the camp again up to a distance suitable to take some long general shots of the police operation. Afghan refugees, when denied access to cross the border, decided to occupy the train line. They were removed by the police and they embarked on buses to travel Athens.