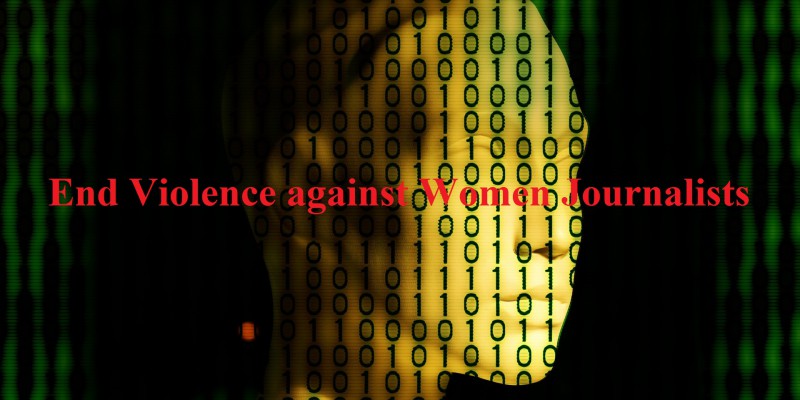 
To mark the International Women’s Day on 8 March, the European Federation of Journalists (EFJ) partners with the European Centre for Press and Media Freedom (ECPMF) to launch a special Women’s Reporting Point to address the growing threat facing women journalists coming from online and offline world.

The Women’s Reporting Point is hosted by the ECPMF to allow victims to report threats via encrypted messaging. The report will be handled with care and confidentiality by a female member of the staff. The reports made to the ECPMF will be collected in a database (with details of the woman’s identity removed) and form the basis of an analysis of the scale of the problem across Europe. It is also supported by the EFJ affiliate in Italy, FNSI.

The initiative is a response to the growing evidence showing that more and more women journalists countered gender-based violence and online threats. While these threats are growing, research showed that victims are often reluctant to report on the attacks, especially online threats.

In a global survey by the International News Safety Institute, the researchers found that less than one-third of the attacks, harassment and online threats made against female journalists were reported to employers, police or the authorities. Almost two-thirds (64.8%/597) of 921 respondents said that they “have experienced intimidation, threats or abuse in relation to their work”.

Mogens Blicher Bjerregård, the EFJ President said, “We must support our female colleagues, defend them and make their voices heard. Harassment and abuses targeting at female journalists shall not be tolerated.”

“Online threats are often ignored but they are growing and posting the same threat to journalists and media freedom. These threats must be dealt with seriously,” added Blicher Bjerregård.

In a recent conference organised by the OSCE Representative on Freedom of the Media, Dunja Mijatović, and attended by the EFJ and other international experts, it has shown that women journalists are facing growing threat online. “Constantly being singled out and targeted with abusive comments, many female journalists may re-evaluate the issues they choose to cover. In this way, such attacks pose a clear and present threat to free media and the society as a whole.” The OSCE has produced a series of recommendations on countering online abuse of female journalists.