Solidarity with people of Belgium 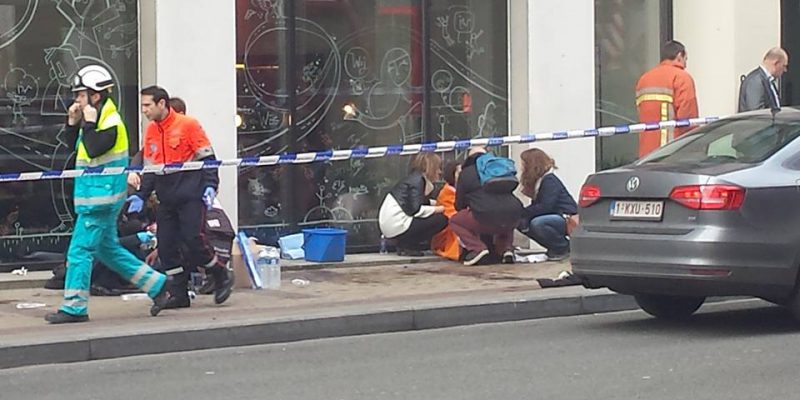 
The Executive Committee of the European Trade Union Confederation (ETUC), gathering today for a meeting in Brussels and bringing together trade union leaders from all over Europe, expressed its solidarity with the people of Brussels and the victims of this morning’s horrific bomb attacks.

“We are with all the people in Brussels who have been injured or killed, with their families, with all those dealing with this frightening situation, and with those who are seeking news of family, friends and colleagues,” said Luca Visentini, General Secretary of the ETUC.

“It is beyond comprehension that anyone would wish to bring such suffering and misery to others.”

“This murderous attack in Brussels is an attack on Belgium and on Europe” said Rudy De Leeuw, President of the ETUC. “The perpetrators must be identified and brought to justice. We must be strong and blame only those evil individuals involved in the attacks. They want to divide us and we refuse, even in this emotional moment.”

“It is a sad day for Brussels. A sad day for democracy,” said Ricardo Gutiérrez, General Secretary of the EFJ and member of the Executive Committee of the ETUC. “We should, more than ever, do our best to protect civil liberties. Never forget that the ultimate goal of terrorists is to destroy our freedoms.”

The President of the EFJ, Mogens Blicher Bjerregård, on the behalf of the Steering Committee of the European Federation of Journalists, also expressed, today, its solidarity: “We are very concerned about the news we read and hear this morning from Brussels. (…) We hope that security and normality returns as soon as possible to Brussels and to all our world. Our thoughts are with you, the victims and the people of Brussels.”