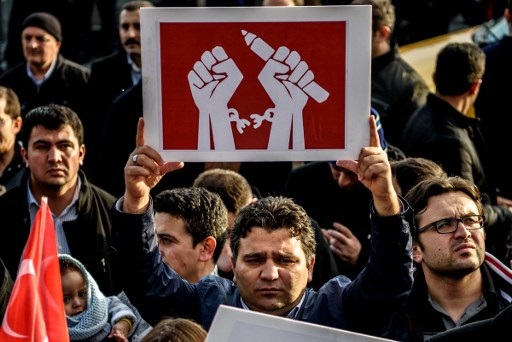 
On March 24, 2016 at 5:00 pm, a press conference in support for “freedom of information and freedom for journalists” in Turkey  will be held in the district of Cağaloğlu in Istanbul, where representative of national and international professional media organisations will gather together.

International media organisations. including EFJ, IFJ, IPI, EJN, PEN International, ECPMF support this campaign and will be present at the conference tomorrow. A number of important court decisions involving journalists are to be set in the upcoming  days.