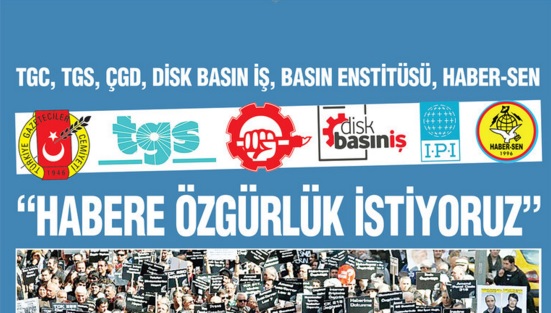 The IFJ and the EFJ were represented by Barry White and Mehmet Koksal.

The campaign has launched a petition which include: