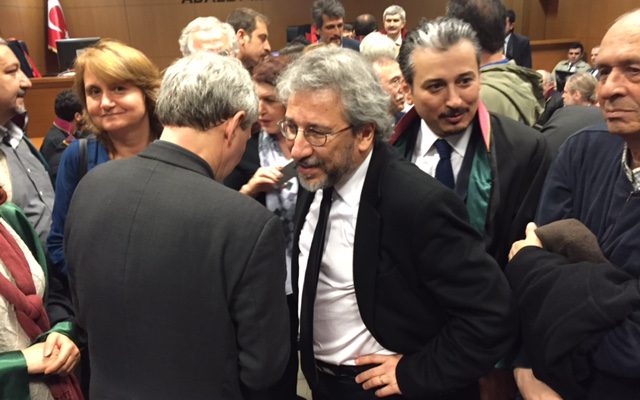 
IFJ/EFJ  today condemned the decision to hold the trial of Can Dündar and Erdem Gül behind closed doors. All diplomats, journalists (including the IFJ and EFJ observers, Barry White and Mehmet Koksal), members of the public were evacuated from the court room. The ruling was made earlier today on the first day of the Dündar/Gül case charged with aiding a terrorist organisation, espionage and disclosure of classified documents, having reported on the supply of arms to Syrian fighters by the Turkish secret services.

Gül and Dündar had previously been held for 92 days until the constitutional court set them free, 25 February, claiming their imprisonment was a breach of Article 19 (“right to personal liberty and security”), Article 26 (freedom of expression) and Article 28 (press freedom) of Turkey’s Constitution.

“It is scandalous that a trial that has already been judged by the highest court in the land as central to freedom of expression, should take place in secret denying the right of the public to make their own views as to whether justice is being served,” said Anthony Bellanger, IFJ General Secretary.

“Together with the IFJ and EFJ affiliates in Turkey, we ask all press freedom supporters to sign our petition for Freedom of Information and Freedom for Journalists in Turkey,” said Ricardo Gutiérrez, EFJ General Secretary.

The case has been adjourned until 1st April. Both journalists have not been detained and left the court on Friday evening.

On Thursday 24 March, an international coalition of leading international free expression and press freedom groups (including the EFJ) condemned this politically motivated trial, calling on authorities in Turkey to drop all charges against Can Dündar and Erdem Gül. 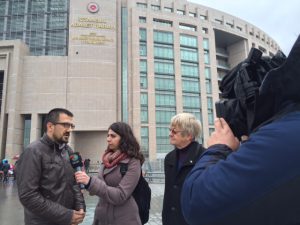 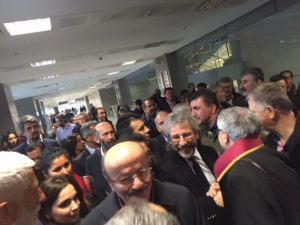 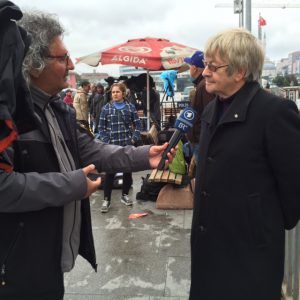