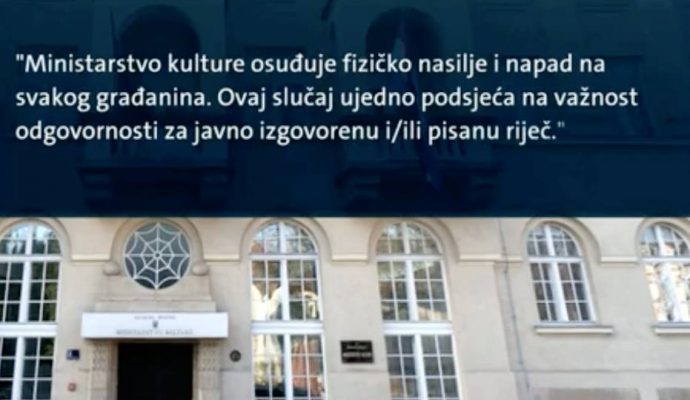 The European Federation of Journalists together with its affiliate in Croatia, the Croatian Journalists’ Association (CJA) condemns the verbal and physical attack on Ante Tomić, well-known journalist and writer, in the very center of Split.

CJA congratulated the police for its quick response arresting two attackers. Meanwhile, however, the Culture Ministry responded with a quite unusual and disgraceful statement in which it seemed to give legitimacy to the attackers, report Croatian media on April 3, 2016.

The Ministry sent this official statement: “The Ministry of Culture condemns physical violence and attacks on all citizens. At the same time, this case reminds us about the importance of responsibility for words spoken and/or written in public.”

The EFJ supports the CJA in its statement  that such a comment after a physical attack against a respected journalist is not only rude and outrageous but dangerous.  The Ministry had warned Ante Tomić that he should be careful about what he says and writes, which may imply that it was Tomić’s responsibility to have been physically attacked.

Ante Tomić, known for his satirical criticism, was attacked on 31st March some minutes before 22.00 pm, just after the Festival of Story Telling, called “Pričigin”, in front of the Youth Building in Split. He was with some friends when two young persons approached him. One tried to punch him in the head, but as he turned away his friend got the severe blow. He was taken to hospital for medical help. Feđa Klarić, the famous Split photo-reporter, took pictures of the attackers and testified that Tomić was called names such as “Yugoslav shit”.

The EFJ and the CJA  urge  political leaders and  public figures  to condemn the attack on Ante Tomić and similar violent actions.

The general situation and unprecedented attacks against independent journalism and the independent regulator in Croatian media has led the EFJ/IFJ and its partners to submit an alert on 16 March on Attacks on the Independence of Croatian Public Broadcaster and Broadcast Regulator to the Council of Europe Platform to promote the protection of journalism and safety of journalists.

On 10 March 2016, decided to terminate the Croatian Agency for the Electronic Media (AEM), an independent regulatory body, and to dismiss its Director and the entire membership of the Council for Electronic Media (CEM). Under the new law which was proposed by the former government, the AEM formerly funded directly by publishers and broadcasters is now financed through the Ministry of Culture. These developments follow the government’s proposal of 3 March to dismiss the Director General of Croatian Radio-Television (HRT), Goran Radman, and to appoint Siniša Kovačić as acting General Manager. The Law on Public Broadcasting, as amended by the former Croatian government, only requires a simple majority in Parliament to appoint HRT managers, instead of the qualified majority as was the case before.
Along with the former Director General, more than 15 media workers have been removed from their posts at HRT, since the beginning of March 2016. On 14 March 2016, Maja Sever, Mirna Zidaric and Tatjana Munizaba were the last three editors to be replaced.