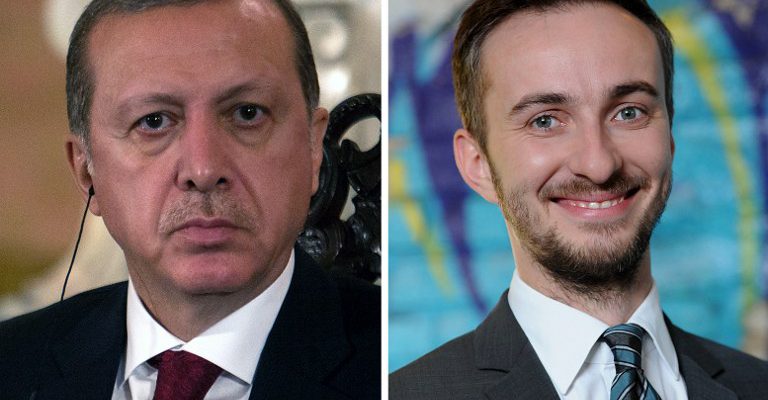 “This decision of the Chancellor would not have been necessary because the Turkish President Erdogan has already filed a criminal complaint with the public prosecutor in Mainz” DJV Chairman Frank Überall said. Ms Merkel had previously announced that the German Federal Government would give an authorization to prosecute the comedian.

The DJV chairman sees in this declaration the wrong signal to give to the Turkish government. This will also not offset that the Chancellor had addressed the massive violations of the press and freedom of expression in Turkey. “It is good, however, that the Chancellor has asked the abolition of Article 103 in Germany,” said the DJV. The German lese-majeste law prohibits insulting a foreign head of state.

“The situation is even worse since press freedom is not respected in Turkey. Merkel should have put a sign against this move”, said Dju in ver.di (Deutsche Journalistinnen und Journalisten Union in ver.di, EFJ affiliate).

The Turkish government demanded the prosecution of Mr Böhmermann over a satirical poem he read on German television in which he called Turkish President Erdogan a “goat-f*****” and described him as watching child pornography.The German comedian could face up to five years in prison.

“Without necessarily sharing the sense of humour of the comedian, German authorities are certainly not helping to enhance Turkey’s image in Europe with this prosecution of a comedian. This new case will certainly have a bad impact on public opinion both in Turkey and the EU. Given the terrible record of Turkey in terms of press freedom, independent journalism and online censorship, the candidate country needs more incentive to respect EU values and criterias instead of more prosecutions on lese-majeste requests”, said Mogens Blicher Bjerregård EFJ President joining both German affiliates concerns.